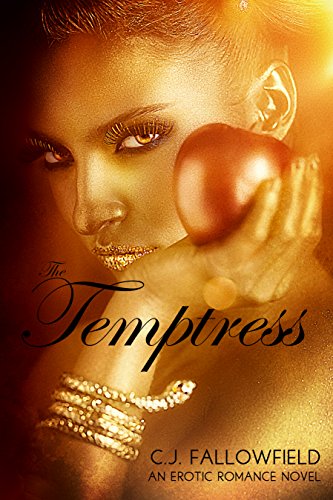 4.8 stars – 98 Review
Kindle Price: 99 cents
On Sale! Everyday price:
Text-to-Speech and Lending: Enabled
Don’t have a Kindle? Get yours here.
Here’s the set-up:
The Temptress.

There’s just something about a French accent, something that conjures images of romance, sex and passion. There’s a reason French is called ‘the language of love.’

Lulu McQueen runs an exclusive honeytrap agency, to test the fidelity of rich men for their suspicious partners. While her business flourishes and her track record in the field remains unbroken, earning her the nickname of The Temptress, her personal life isn’t so successful.A trip to Paris, years ago, led to the most erotic encounter of her life with Luc, a charismatic, dominant, irresistible Frenchman. For one night she experienced bliss on a scale she’d never encountered and fled in the morning, ashamed of herself, but her Parisian one night stand was burned into her memories and no one since had compared.With no one available on short notice, Lulu steps in to lure Mrs. Le Grand’s rich husband, for an extortionately high fee. Lulu’s in for the shock of her life when she finds her mark at the hotel bar. Luc Le Grand still has a face and body to make Adonis weep. He exudes confidence, masculinity and raw sex appeal.

The question now isn’t whether Lulu can tempt him, but whether she can resist him, retain her reputation and secure her fee, or whether she’ll fall under Mr. Le Grand’s spell. Again.

Reviews:
“Luc, is now top of my international male boyfriends list as a suave, determined and alpha hottie!!” – Emma, Obsessed by Books
“Fallowfield has become one of my go-to authors. I know that when I pick up one of her books, not only am I going to get an artfully written story that will hold my attention from beginning to end, but I will also meet characters that I will become personally invested in.” – Christina, Love Between the Sheets