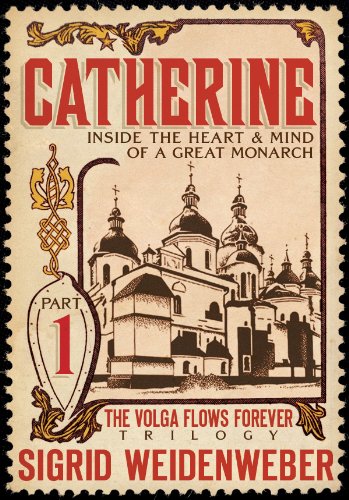 Fans of historical fiction featuring strong, female protagonists are in for a bargain-priced treat with The Volga Flows Forever Trilogy.

Catherine, the first volume, brings to life the fascinating historical character of Catherine the Great who invited her native countrymen to settle the Russian frontier. The Volga Germans, the second volume, continues the story of the German immigrants and their descendants who civilized the bleak Russian frontier of the lower Volga River Valley. They survived an unpredictable and often harsh climate and the vagaries of tsarist edicts to build a culture that was uniquely their own. In the final volume, From Gulag to Freedom, she follows the Volga Germans through the hardships of collectivization and deportation during the Soviet years to finally immigrate to the San Joaquin Valley of Central California.

“The admirers of literature and history will welcome this trilogy as a ray of light suddenly invading our age of darkness. Well researched and well written, it gives a unique insight into the tragic and fascinating story of Volga Germans over three centuries… A reader who prides himself in his knowledge of history will still learn much from this book. A reader of most refined literary taste will still find it difficult to put down. Both will be eagerly waiting for Sigrid’s next work.” – Vladimir Bukovsky, Russian political activist and author

Catherine: Inside the Heart and Mind of a Great Monarch – The Volga Flows Forever Book 1 (4.5/5 stars, currently priced at $4.99)

“You look astonishingly pretty,” admits Johanna when Sophia steps out of her bedroom dressed in Ulrika’s magnificent gown. Sophia is stunned, halting in mid-step. This is rare praise from her cold mother, so she must, indeed, look very good. At Frederick’s side during the elaborate court dinner, Sophia shines and sparkles with youth and wit. The monarch is very pleased with his choice. Indeed, he is so enamored with the girl that he opens his purse to outfit mother and daughter, both woefully deficient in material matters appropriate for court life.

So begins the transformation of Princess Sophia of Anhalt-Zerbst into Catherine the Great of Russia. The personal and professional triumphs and tribulations of this remarkable woman are retold by Sigrid Weidenweber, whose research into the life of Catherine reveals a new perspective on Catherine, from the inside out. Sigrid portrays with heartfeld understanding what it was like to have been such a major European political and military, social and cultural figure during the eighteenth century. 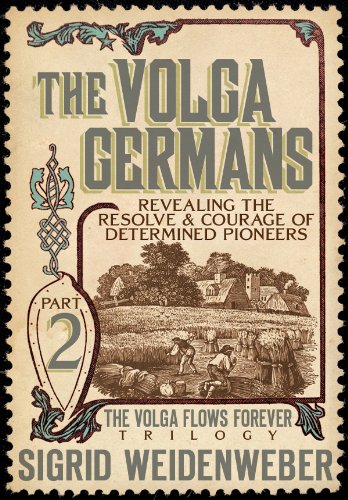 The Meiningers had set out for Russia seeking to improve their lives, to escape the political and religious turmoil often surrounding their otherwise picturesque German homes and villages. They dreamed of the faraway place awaiting them. They colored the soil beneath the vast steppe rich and black in their minds ready to be tilled. And there would be a neat little house ready to receive them. In their wildest dreams, they could not have imagined what actually awaited their arrival. There were no houses, no fields nothing but grass as far as the eye could see. It was almost evening; they were hungry, wet and cold and felt like orphaned children.

These German immigrants and their descendants civilized this bleak Russian frontier, converted the harsh steppe into fields of waving grain dotted with wind-driven flour mills, and in this isolated place, developed a culture that was uniquely their own. They survived savage attacks of marauding tribes, the unpredictable often harsh climate, and the vagaries of tsarist edicts. Sigrid tells the fascinating story of these remarkable people in The Volga Germans. 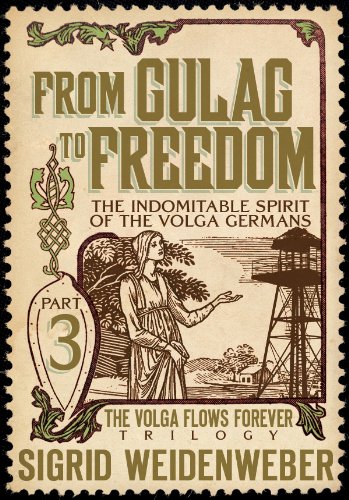 The heroine of this powerful work, Katya, is a bright, energetic and resourceful Volga German girl, a worthy descendant of those first pioneers of the steppe we learned to know in the second volume.

Katya is free to reveal, through her feminine creator, thoughts and circumstances often hidden to men. Sigrid artfully illuminates dress, colors, textures, foods and challenges as Katya embarks upon an adventurous escape from a gulag on the arctic tundra and makes her way to Fresno, California, where she reconnects with a Volga German community that had immigrated decades earlier.