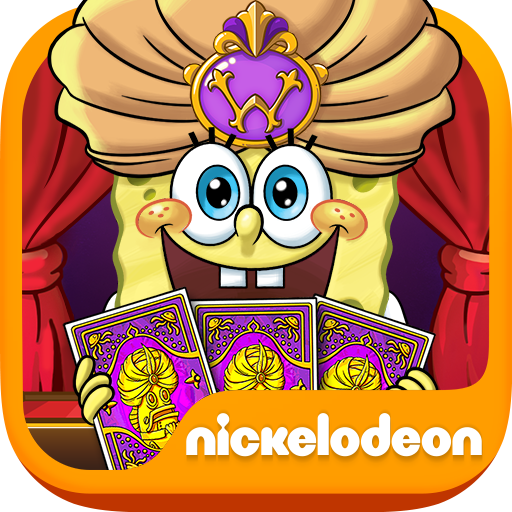 Mr. Krabs latest get-rich-quick scheme is an old fortune telling machine called the Great Wumbozi. SpongeBob and Patrick can’t resist playing with the machine, and when they do, they find themselves in a frantic adventure where they must win games, collect fortunes and defeat the Great Wumbozi. 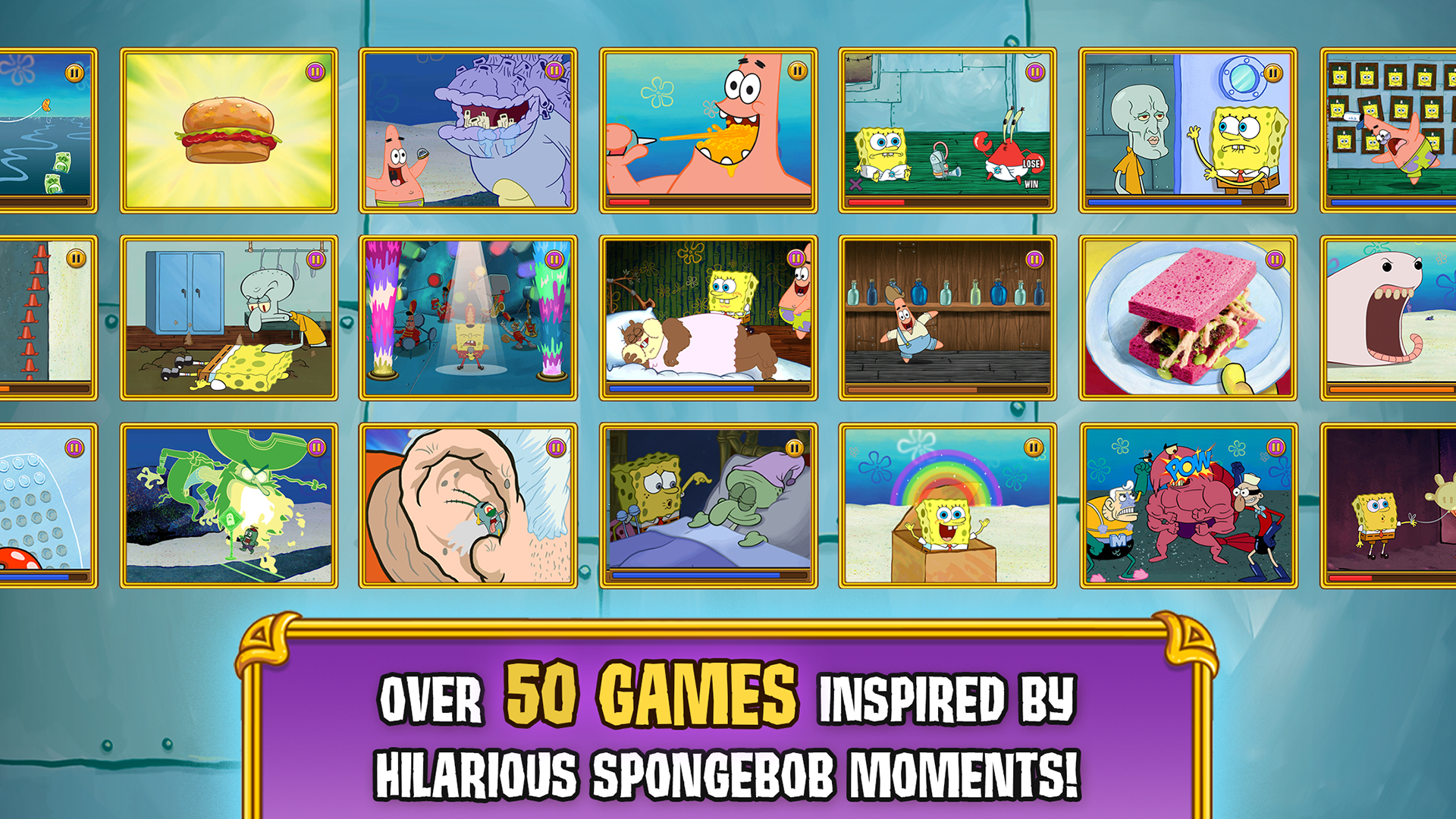 Features:
• The more you play, the bigger the game gets! Unlock more games from the Great Wumbozi as you play.
• Each game unlocked adds a unique fortune card with a fun show fact to your collection.
• Winning streaks increase your game speed and difficulty.
• Create your own playlists with your games, then challenge friends and family to high score battles.
• Unlock All Star Cards with unique challenges for more fun.

KF on KND Editor’s Note:
I got this game for myself and my kids (teenagers) a few days ago, and it’s a blast! The concept behind each mini-game is simple, and every one is fun, funny and quick to play. As your winning streak continues the difficulty level gradually increases so it doesn’t get boring, even if you end up repeating one or more mini-games in a single playing session. 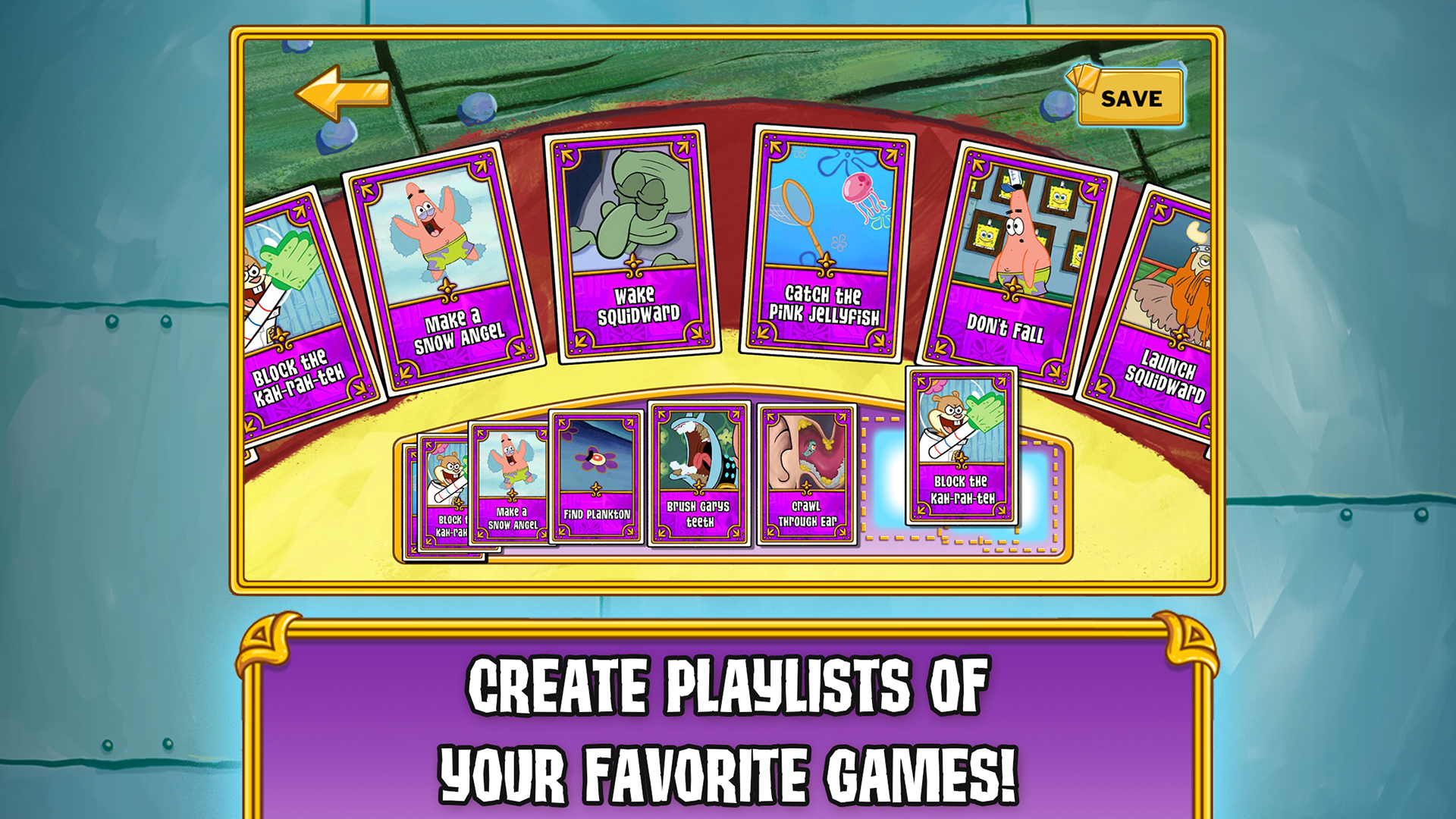 You start out with just a few mini-games but a new game is unlocked each time you meet Wumbozi’s points target for that session. Different games require different kinds of user actions to play: swiping, tapping, tilting, drawing circles, and timing your moves. This game app is perfect for those times when you or the kids have only got ten minutes or so to kill and want to do something mindless and fun. 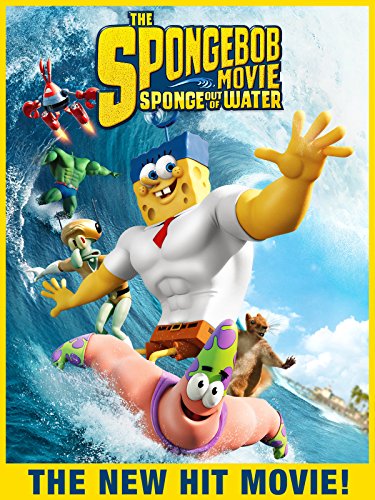 In the movie, SpongeBob goes on a quest to discover a stolen recipe that takes him to our dimension, our world, where he tangles with a pirate.

One Amazon reviewer says:
“As the movie begins to unfold, we see Plankton who is at the moment using many different tools to try and once again get his hands on the Krabby patty secret formula. Using a penny, Plankton manages to ease his way into Mr. Krabs’s safe and it would appear that Plankton has finally gotten what he has been so desperately trying to get. Spongebob manages to walk in just in the nick of time, and a tug of war ensues for possession of the formula until something mysterious happens to the formula. Things quickly go from bad to worse-and in the most unlikely of events, Spongebob and Plankton must team up in order to rescue the Krabby patty formula.”

Tech Tip of the Week: I Stopped Liking On Facebook: An Update