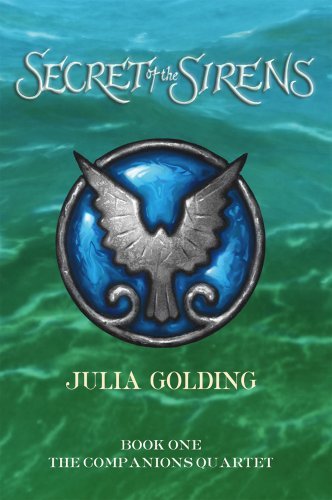 Kids aged 9 and up who loved Harry Potter and Percy Jackson should give the bestselling and very well-reviewed The Companions Quartet series of fantasy chapter books a try. All four in the series have an average review rating of 4.5/5 stars, and as of this writing (4/29/15) all four are priced at just $3.99 each.

The Secret Of The Sirens – Companions Quartet #1

The first book in the “Companions Quartet,” Secret of the Sirens picks up where JK Rowling left off concerning the Society for the Preservation of Mythical Creatures fantasy enthusiasts. It’s a classic hero’s journey with Connie, a twelve-year-old newcomer to Hescombe, Great Britain, as the heroine. Unbeknownst to her, she is a descendant of a long line of companions to mythical creatures, but she thinks her ability to get along and communicate with animals is just another reason why she doesn’t fit in to the regular school scene.

She has transferred from several different schools and finally ends up living with her eccentric Aunt Evelyn, a threshold guardian, unsure of letting Connie know of the existence of the secret society. When it appears that Connie not only should be a member, but the highest ranking member as a universal companion to all mythical creatures and the only one who can save them from the exploits of modern-day business expansion, she fully supports Connie’s gift, and becomes her ardent protector, as well as a loving aunt.

Battling the Shapeshifter, an evil force that threatens the human world, Connie and the other companions, along with the help of the mythical creatures, save an oil tanker from crashing upon the sharp rocks and spilling black oil throughout the sea. The evil force appears to be destroyed, but Connie senses it will re-gather and confront her, the universal companion, in the future to again tempt her to help him destroy humankind. This is a great fantasy that is well written and riveting to the reader. An underlying message about saving our environment is intertwined throughout the story, and it also integrates characters of diverse ethnicities. It is a wonderful start to a series that will quickly develop a following. –Children’s Literature, April 2007 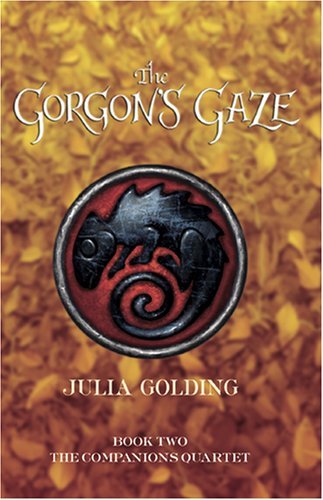 The Gorgon’s Gaze – Companions Quartet #2
Connie Lionheart’s calculating great-aunt and uncle try to take her away from the tantalizing reach of the Society for the Protection of Mythical Creatures.

What they don’t realize (or do they?) is that Connie is the Society’s most important member–she is the only universal companion able to bond with all mythical creatures.

Connie’s great gift also puts her in great danger, as the evil shape-shifter Kullervo needs her power to destroy the Society once and for all. But how can Connie help anyone, even herself, when she hasn’t learned how to use her gift yet?

In this second book of the Companions Quartet, Connie and her friends team together again to protect the fragile bonds between humans, creatures, and the world we must share. 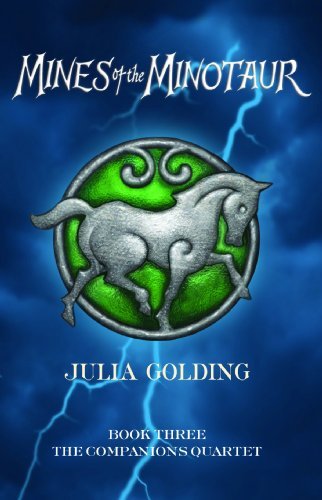 Mines of the Minotaur – Companions Quartet #3

“The clock continued to tick calmly in the hall, out of step with the stormy sea of panic surging inside Connie. She could make no sense of this.

How had she ended up on the beach? She felt a hum in her bones as if she had been meeting with some powerful creature.

But what beast or being had the power to draw her out of her house without her knowing about it? And what had happened when they were together?”

Thirteen-year-old Connie Lionheart is the only Universal Companion, able to communicate with all the mythical creatures hidden in our world. She is the most important member of a secret society sworn to protect the bonds between humans and creatures.

But her power brings great responsibility and great danger. 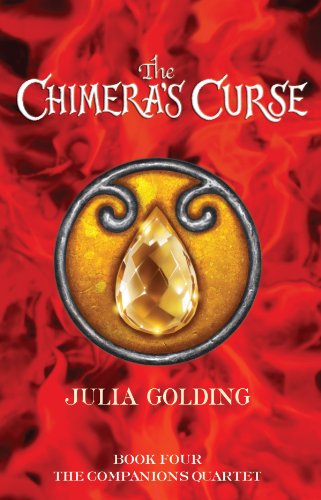 Connie Lionheart is the only Universal Companion, able to communicate with all of the mythical creatures hidden in our world. She’s the most important member of the secret society sworn to protect the bonds between humans and creatures. But the shape-shifter Kullervo wants to use her power to wipe out humanity. Connie must stop him, but how? There are no simple answers in the exciting conclusion to this award-winning eco-fantasy series by a Nestlé Prize-winning author.

“Come to the mark. Come to me. You know you must. Connie surfaced from sleep, struggling like a swimmer caught in weeds, thrashing to reach air. When she woke, she found the bedclothes twisted around her. She threw them off and sat up to gulp some water from the glass on her bedside table, her hand shaking slightly. The voice had crept into her dreams again: the voice of Kullervo, the shape-shifter, her enemy—and her companion creature. He said the same thing each time, repeating the message again and again so that she could hear its echo during the daylight hours as well as in the stillness of the night. She knew where he wanted her to go: he wanted her to meet him at the mark he had made deep in her mind, the breach in the wall between her and his dark presence. But she would not give in to him.”