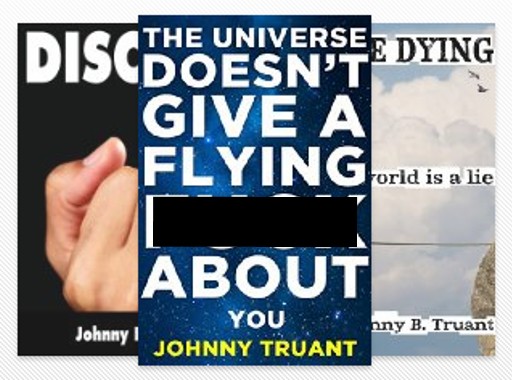 Johnny Truant’s brief, no-nonsense, and often profane 4 essay Epic Series is just the thing to shake complacency and put the fire back into anyone’s belly when it comes to the business of living.

Each of the four 10-14 page ‘books’ in the series tackles a different aspect of what it means to be alive and how to find more meaning in life, and right now (as of 4/28/15) all four in the series are FREE. A Fire HD7, currently on sale for just $99, pre-loaded with these four would make an amazing graduation gift for anyone just setting out into the world!

Fair warning: the author’s style is strong, tough, and often laced with profanity. Descriptions below are from the publisher.

If you walk around every day on eggshells, nervous about making a mistake or looking stupid, then you should read this.

If you have a “next big thing” in mind you want to do because you know it will be awesome (starting the business, making the big move, launching the nonprofit, writing the book) but are afraid of doing what it would take to make that thing happen, then you should read this.

The universe is very big. You are very small. In fact, you’re so small and so insignificant in the big picture that you don’t even register to the eye of the cosmos. The universe was here before you were born and will be here long after you’re gone, and your life is but a blip on its vast, vast radar. If your life is to matter, it’s not going to matter to the universe. It’s up to you make your life matter in the only way you can: by doing things that make a difference to you, to those around you, and to those whose lives you touch. Time is short. You have exactly NOW to do whatever it is you’re here to do, or to let the inexorable passage of hours and days and years kill your potential like fruit left to die on a vine.

Stop worrying so much about what others think and start being who you’re supposed to be. It’s time to do some epic s**t. 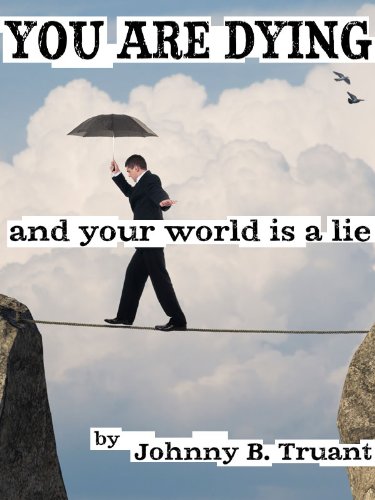 What is pain? What is discomfort? Is it something terrible, something to be avoided… or is it the very thing that lets us know that we are alive?

The modern world has sold us on a lie. The lie says that to live is to be comfortable. To live is to be free of struggle. The lie says that the ultimate existence would be to never want for anything, to never be pushed so far that it hurts. So why do some of us seek out “edge” experiences? Why do we flirt with deprivation, with intentional chaos? Why do some of us push toward and through our own physical, emotional, and emotional limits, just to see how it feels?

Every day, safe in our modern cocoons, we can comfortably ignore the fact we are dying. But should we blind ourselves to the truth? Beyond self-help cliches lies a painful and sobering reality: YOUR TIME IN THIS LIFE IS LIMITED… AND IT IS RUNNING OUT.

We’ve been handed a world that was created by others, shaped by their thoughts and actions, and told that this is the way things must be.

We’ve been given a set of rules that are at root only opinions of the majority, and have been told that these are objectively, morally correct, immutable truths.

We’ve been sat down to play a game that is rigged — a game that, even if we win, gives us something other than what we believed we would receive in victory.

And if we don’t begin to consciously question the rules of our world and to look closely at the game we’re unwittingly playing, then we will never get what we want.

It’s time to look. Assess. Investigate. Choose. And, where appropriate, to disobey.

This essay follows the author’s path from a life of “good kid” conformity in youth to his present-day decisions to start his own business, “unschool” his children, and to give up on what is not working. It’s his manifesto of freedom and of conscious choice, and it can be yours, too.

If life is not what you wanted or expected it to be, this essay will help you to become more. To question norms. To disobey. 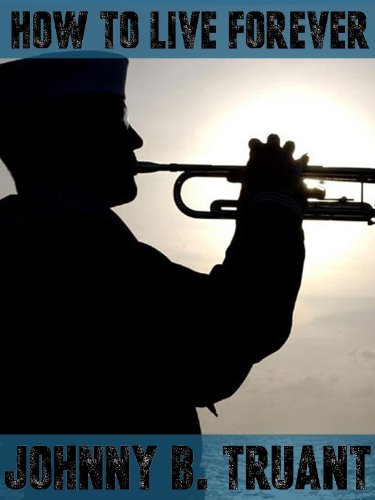 We all want to live forever, but we shouldn’t. We’re not supposed to. Ironically, if we could literally live every single day that time and space have left, our lives would be almost meaningless. It’s the end of lives that cause them to matter.

But your life, short as it is — and perhaps because it’s short — can have more meaning and more effect on other people than you can possibly imagine… if you chose to let it.

The end of your life is not the end. Not unless you let it be, through your actions and inactions during the time you’re alive.

The end of your life — thanks to the turbulence you leave behind you in the stream of time — is the beginning.