“A complex, technological sci-fi novel, served up at a frenetic pace.” Kirkus Reviews 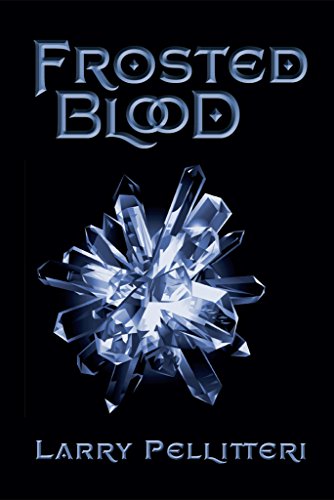 In the near future where ancient enemies sit on the brink of war, seventeen-year-old Michael Saxon carries a powerful secret inside his DNA that both sides will do anything to acquire.

When he was just seven years old, Michael’s parents, scientists at a private military contractor called Enbright, vanished without a trace and left Michael a small crystal. Haunted by nightmares, Michael is desperate to discover the truth about his parents and is convinced the crystal holds the key.

Following high school, Michael accepts an internship at Enbright, despite his reservations, and puts his spelunking skills to work, helping locate powerful artifacts. Before long, Michael and his young independent and mysterious coworker, Emma, discover two rival ancient societies will stop at nothing to acquire the artifacts for themselves.

As romance blossoms between Michael and Emma, they soon find themselves embroiled in a rousing global adventure full of narrow escapes, traitorous villains, and shocking realities. They must navigate the lies and deceit that lurk around every corner if Michael is to discover the secret of his identity and prevent a world war. But is he ready for the responsibility that comes with knowing the truth?

“Frosted blood sucked me right in and was action packed from beginning to end. A very original twist over traditional vampire stories...”

“Action Packed Thriller! Kept me on the edge all the way to the end. Would love to see this on the big screen!”