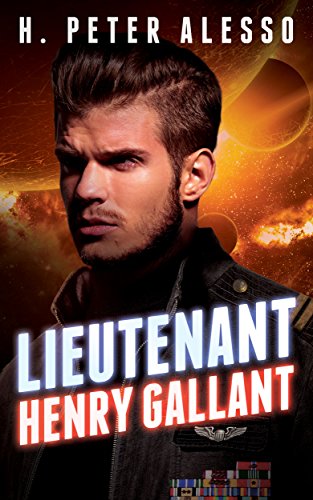 In an era of genetic engineering, Lieutenant Henry Gallant is the only Natural (non-genetically enhanced) officer left in the fleet. In spite of his superiors’ concerns that he is not up to the challenge, his unique mental abilities have proven essential to the defense of the United Planets in its fight against the Titan invaders.

Serving on the first FTL prototype, the Intrepid, on its maiden voyage to Tau-Ceti, Gallant finds a lost human colony on the planet Elysium. Elysium’s leader, Cyrus Wolfe, has allied himself with an ancient Artificial Intelligence which had lain dormant on the planet for millennia, but is now willing to protect the colonists against the Titans.

Gallant allies himself with Alaina Hepburn, the leader of the democratic opposition. With Alaina’s help, he discovers that the ancient AI has a sinister ulterior motive and he must match his exceptional mind against the complexity of machine intelligence to escape the ultimate trap and prevent the extermination of humanity.

In Lieutenant Henry Gallant, one man pits the naked human mind against the perspicacity of machine intelligence.

5-star praise:
“With non-stop action and full character development, this is 5 star read for any fan of Sci-Fi.”