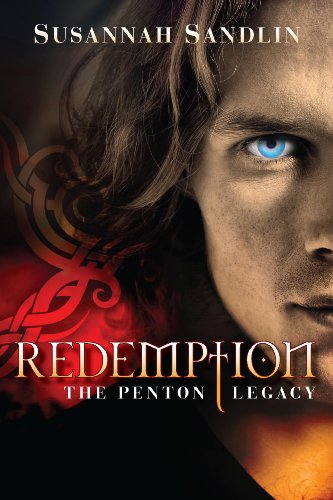 The world’s vampire population is on the brink of starvation since the vaccine to treat a global pandemic rendered human blood deadly to them. Their only hope for survival is a handful of rural areas that the vaccine never breached. The tiny town of Penton, Alabama, is one such enclave, where the immortal Aidan Murphy has established a community of vampires and their willingly bonded humans.

Together, they live in peace—until Aidan’s estranged brother descends upon the town and begins attacking its humans. Whether the rampage is a result of his centuries-old feud with Aidan or the civil war threatening to erupt in the vampire world matters not. All that matters is the blood. Desperate to save his adopted family, Aidan breaks one of his cardinal rules, kidnapping an unvaccinated human doctor—and unexpectedly falling in love for the first time in nearly four hundred years.

Sensual and thrilling, Redemption is the first installment of what is sure to be a darkly addictive new series from paranormal romance novelist Susannah Sandlin. 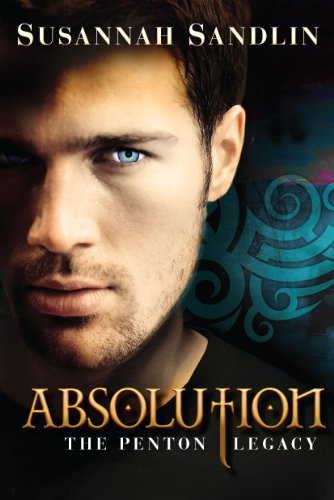 With the vampire world on the brink of civil war over the scarcity of untainted human blood, battle lines are being drawn between the once peaceful vampire and human enclave of Penton, Alabama, and the powerful Vampire Tribunal. Mirren Kincaid once served the tribunal as their most creative and ruthless executioner—a time when he was known as the Slayer.

But when assigned a killing he found questionable, Mirren abandoned the tribunal’s political machinations and disappeared—only to resurface two centuries later as the protector and second-in-command of Penton. Now the tribunal wants him back on their side. To break their rogue agent, they capture Glory Cummings, the descendant of a shaman, and send her to restore Mirren’s bloodthirsty nature. But instead of a monster, Glory sees a man burdened by the weight of his past. Could her magic touch—meant by the tribunal to bring out a violent killer—actually help Mirren break his bonds and discover the love he doesn’t believe he deserves?

Absolution is the second installment of the Penton Legacy, a sensual and thrilling new series from paranormal romance novelist Susannah Sandlin. 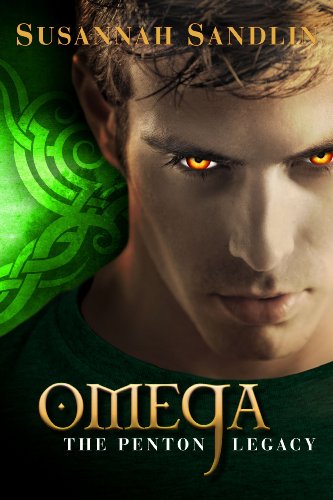 The bloody war between the Vampire Tribunal and the defiant scathe of Penton, Alabama, rages on, forcing its residents and their bonded humans to retreat into the underground fortress of last resort: Omega. There, Will Ludlam is charged with the care of Penton’s humans, though he longs to fight alongside his vampire brethren.

He knows the risks: as the renegade son of the Tribunal’s vicious leader, Will’s capture could doom the resistance. Yet he is determined to prove his worth to his adopted scathe, to his vengeful father—and to former US Army officer Randa Thomas, his beautiful, reluctant partner. Randa has little faith that a former member of the vampire elite has what it takes to fight a war. But as their enemies descend upon Omega, Will’s polished charm—and Randa’s guarded heart—finally give way to the warrior within.

Fans of Susannah Sandlin’s Penton Legacy are sure to devour this long-awaited third installment of the steamy paranormal series. 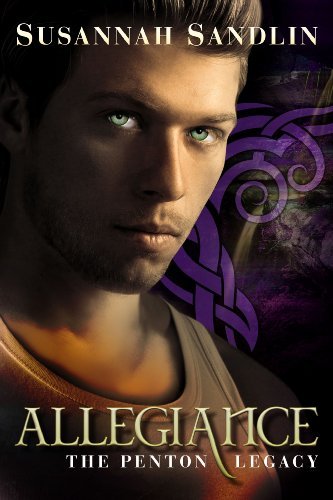 British vampire psychiatrist and former mercenary Cage Reynolds returns to Penton, Alabama, looking for a permanent home. The town has been ravaged by the ongoing vampire war and the shortage of untainted human blood, and now the vampires and humans that make up the Omega Force are trying to rebuild. Cage hopes to help the cause, put down roots in Penton, and resolve his relationship with Melissa Calvert. The last thing he expects is to find himself drawn to Robin Ashton, a trash-talking eagle shape-shifter and new Omega recruit.

Meanwhile, as a dangerous saboteur wreaks havoc in Penton, the ruthless Vampire Tribunal leader Matthias Ludlam has been freed on the eve of his scheduled execution. But by whom? And to what end? As war and chaos rage on, love isn’t something Cage is looking for, but will his attraction to Robin distract him from the danger living among them? 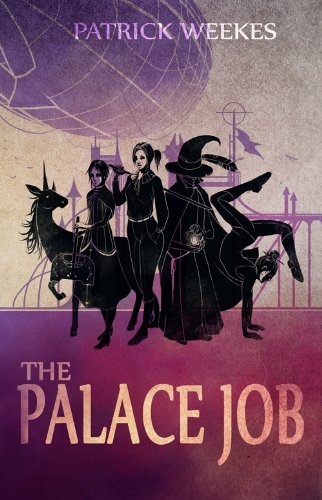 “This is, simply, a terrific novel. Fun and funny, witty without condescension, laugh out loud dialogue and deft, delicate characterization, driven by dangerous twists and an inexorable pace, Patrick Weekes’ writing evokes the best of the best. If Donald Westlake had given Dortmunder a sword, if Douglas Adams had hitchhiked with a unicorn, Weekes has crafted that rare fantasy novel that both embraces and challenges the genre. I’ll say it again in case you missed it the first time: this is, simply, a terrific damn novel.” —Greg Rucka, New York Times bestselling author of Alpha, The Punisher, and Batman

It would help if she wasn’t in jail.

The plan: to steal a priceless elven manuscript that once belonged to her family, but now is in the hands of the most powerful man in the Republic. To do so Loch—former soldier, former prisoner, current fugitive—must assemble a crack team of magical misfits that includes a cynical illusionist, a shapeshifting unicorn, a repentant death priestess, a talking magical warhammer, and a lad with seemingly no skills to help her break into the floating fortress of Heaven’s Spire and the vault that holds her family’s treasure—all while eluding the unrelenting pursuit of Justicar Pyvic, whose only mission is to see the law upheld.

What could possibly go wrong? 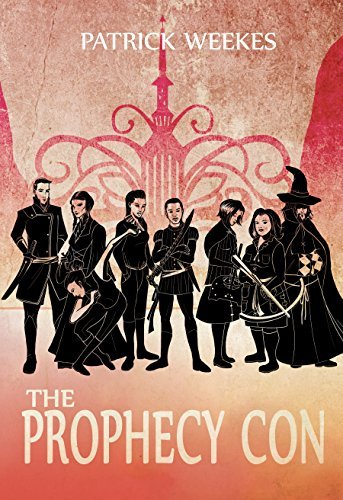 Who would have thought a book of naughty poems by elves could mean the difference between war and peace? But if stealing the precious volume will keep the Republic and the Empire from tearing out each other’s throats, rogue soldier Isafesira de Lochenville—“Loch” to friends and foes alike—is willing to do the dishonest honors.

With her motley crew of magic-makers, law-breakers, and a talking warhammer, she’ll match wits and weapons with dutiful dwarves, mercenary knights, golems, daemons, an arrogant elf, and a sorcerous princess.

But getting their hands on the prize—while keeping their heads attached to their necks—means Loch and company must battle their way from a booby-trapped museum to a monster-infested library, and from a temple full of furious monks to a speeding train besieged by assassins. And for what? Are a few pages of bawdy verse worth waging war over? Or does something far more sinister lurk between the lines?

Tech Tip of the Week: Surviving A Fire Factory Reset, With Most Of Your Stuff Intact