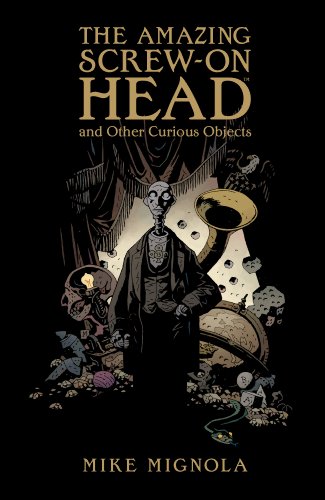 The Amazing Screw-On Head and Other Curious Objects (4.5/5 stars, currently priced at $2.99)

Mike Mignola has deservedly become one of the biggest names in comics for his creation of Hellboy. But when Mignola needs a short break from the Hellboy universe, he turns to diversions such as The Amazing Screw-On Head, winner of the Eisner Award for Best Humor Publication!

When Emperor Zombie threatens the safety of all life on earth, President Lincoln enlists the aid of a mechanical head. With the help of associates Mr. Groin (a faithful manservant) and Mr. Dog (a dog), Screw-On Head must brave ancient tombs, a Victorian flying apparatus, and demons from a dimension inside a turnip.

This new collection of oddball Mignola creations also includes “The Magician and the Snake” from Dark Horse Maverick: Happy Endings and nearly fifty pages of brand-new material, all as weird and hilarious as the beloved Screw-On Head. 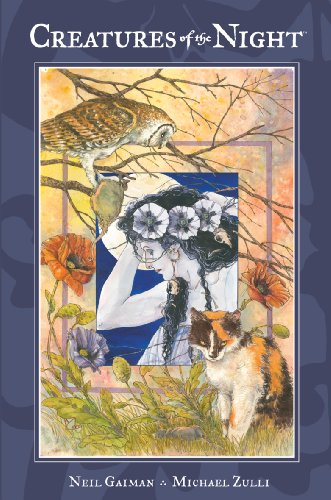 Rewritten by Gaiman for this graphic novel, these two ominous stories from the author’s award-winning prose work Smoke and Mirrors: Short Fictions and Illusions feature animals and people not being quite what they seem. In “The Price,” a black cat like a small panther arrives at a country home and is soon beset by mysterious and vicious wounds. What is he fighting every night that could do this, and why does he persist?

“The Daughter of Owls” recounts an eerie old tale of a foundling girl who was left with an owl pellet as a newborn on the steps of the Dymton Church. She was soon cloistered away in a local convent, but by her fourteenth year word of her beauty had spread-and those who would prey upon her faced unforeseen consequences. 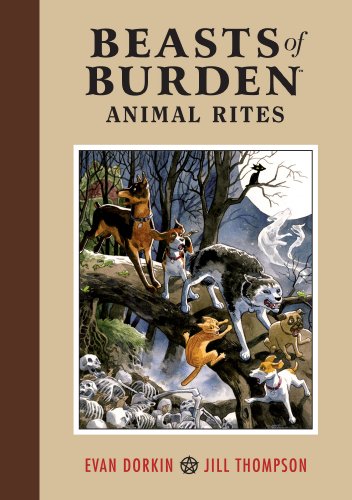 Welcome to Burden Hill – a picturesque little town adorned with white picket fences and green, green grass, home to a unique team of paranormal investigators. Beneath this shiny exterior, Burden Hill harbors dark and sinister secrets, and it’s up to a heroic gang of dogs – and one cat – to protect the town from the evil forces at work. These are the Beasts of Burden Hill – Pugs, Ace, Jack, Whitey, Red and the Orphan – whose early experiences with the paranormal (including a haunted doghouse, a witches’ coven, and a pack of canine zombies) have led them to become members of the Wise Dog Society, official animal agents sworn to protect their town from evil.

This turns out to be no easy task, as they soon encounter demonic cannibal frogs, tortured spirits, a secret rat society, and a bizarre and deadly resurrection in the Burden Hill cemetery – events which lead to fear and heartbreak as our four-legged heroes discover that the evil within Burden Hill is growing and on the move. Can our heroes overcome these supernatural menaces? Can evil be bested by a paranormal team that doesn’t have hands? And even more importantly, will Pugs ever shut the hell up?

Adventure, mystery, horror, and humor thrive on every page of Beasts of Burden – a comic-book series that will capture readers’ hearts and haunt their dreams. Award-winning comics creators Evan Dorkin (Milk and Cheese) and Jill Thompson (Scary Godmother) first introduced these very special investigators in The Dark Horse Book of Hauntings and the other Dark Horse Book of . . . anthologies, for which they won coveted Eisner Awards for Best Short Story and Best Painter. Those first tales are collected here, along with the comic series Beasts of Burden issues #1–#4. 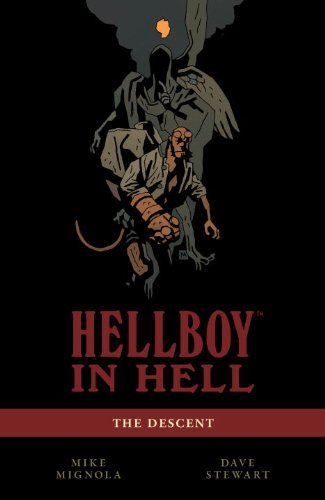 After saving the world in The Storm and the Fury but sacrificing himself and Great Britain, Hellboy is dead, cast into Hell, where he finds many familiar faces and a throne that awaits him.

Mike Mignola returns to draw Hellboy’s ongoing story for the first time since Conqueror Worm. It’s a story only Mignola could tell, as more of Hellboy’s secrets are at last revealed, in the most bizarre depiction of Hell you’ve ever seen. Collects issues #1–#5.

“I, for one, can’t wait to see the next iteration of Hellboy (drawn by Mignola again, no less) and see just what sort of life-after-death awaits our hero.”—Comic Book Resources

Note that several Hellboy and related titles are included in this sale. 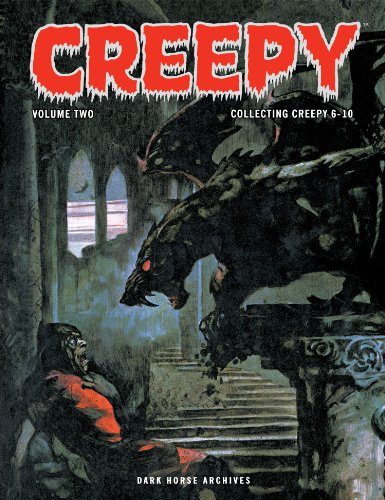 This veinchilling second volume showcases work by some of the best artists to ever work in the comics medium, including Alex Toth, Gray Morrow, Reed Crandall, John Severin, and others.

Each archive volume of Creepy is packed with stories (usually up to eight short stories were featured in every issue!) running the gamut of gruesome subject matter, from reimagined horror classics such as The Cask of Amontillado, to spectacularly mindtwisting shorts such as The Thing in the Pit, or the macabre maritime yarn Drink Deep.

Note that several Eerie and Creepy anthologies are included in this sale. 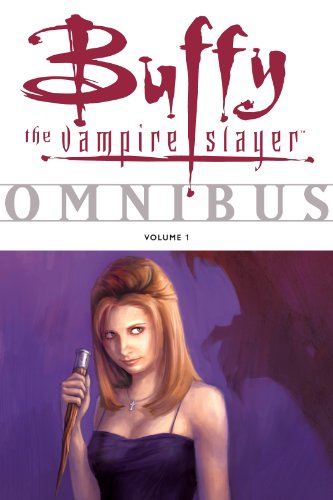 The definitive comics collection of all things Buffy starts here. This first massive volume begins at the beginning-The Origin, a faithful adaptation of creator Joss Whedon’s original screenplay for the film that started it all.

The newly chosen Slayer’s road to Sunnydale continues in Viva Las Buffy and Slayer, Interrupted. Next, Sunnydale, the Scoobies, and an English librarian lead the way into Season 1 continuity.

Plus, The Goon creator Eric Powell provides pencils to All’s Fair, featuring Spike and Drusilla at the 1933 World’s Fair.

The smash TV hit Buffy the Vampire Slayer led to nearly a decade of comics at Dark Horse-including multiple specials, one-shots, and guest miniseries. This omnibus series is the ultimate compilation of the Buffy comics Dark Horse has published, and runs along the TV series’ timeline. A fitting companion to Whedon’s comics-based relaunch of the show.

Note that numerous Buffy titles are included in this sale. 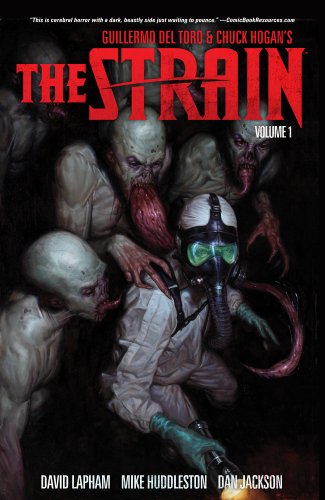 When a Boeing 777 lands at JFK International Airport and goes dark on the runway, the Center for Disease Control, fearing a terrorist attack, calls in Dr. Ephraim Goodweather and his team of expert biological-threat first responders.

Only an elderly pawnbroker from Spanish Harlem suspects a darker purpose behind the event–an ancient threat intent on covering mankind in darkness. In one week, Manhattan will be gone.

In one month, the country. In two months–the world. This horrifying first chapter introduces an outbreak of diabolical proportions that puts a terrifying twist on the vampire genre! Collects issues #1 through #11.

Note that Volumes 2 and 3 of The Strain graphic novel series are also included in this sale.