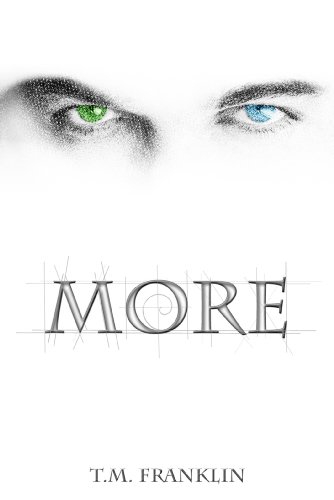 4.5 stars – 76 Reviews
Kindle Price: 99 cents
On Sale! Everyday price:
Text-to-Speech and Lending: Enabled
Don’t have a Kindle? Get yours here.
Here’s the set-up:

Ava Michaels used to think she was special. As a child, she fantasized about having magical powers . . . making things happen. But Ava grew up and eventually accepted the fact that her childish dreams were just that, and maybe a normal life wasn’t so bad after all.

Now a young college student, Ava meets Caleb Foster, a brilliant and mysterious man who’s supposed to help her pass Physics, but in reality has another mission in mind. What he shows Ava challenges her view of the world, shaking it to its very core. Because Caleb isn’t quite what he seems. In fact, he’s not entirely human, and he’s not the only one.

Together, the duo faces a threat from an ancient race bound to protect humans, but only after protecting their own secrets—secrets they fear Ava may expose. Fighting to survive, Ava soon learns she’s not actually normal . . . she’s not even just special.

“I found T.M. Franklin’s MORE to be altogether refreshing, like having a nice, hot bowl of oatmeal after you’ve been eating nothing but cocktail food for a week. And not Quaker oats, either; steel cut Scottish stuff.” – Geek Speak Magazine

“If readers are looking for mystery, romance, adventure, sci-fi, intrigue, plot twists – they will find all that and MORE.” – Open Book Society

“Twist in this book took me by surprise…never saw it coming. The book ended at a perfect point, leaving readers waiting for the next in the series but not chewing their nails off in anticipation.” – Melinda’s Books