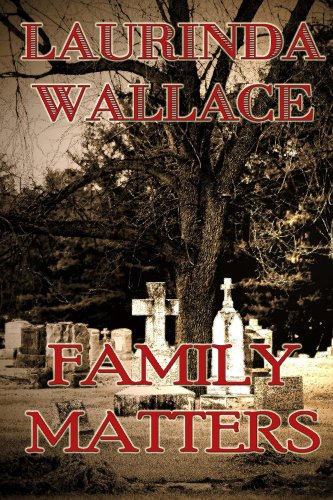 The peaceful farming community of Deer Creek is nestled in the rolling hills of Wyoming County in Western New York. It’s home to Gracie Andersen, who once again finds herself in a cemetery, laying a family member to rest. Wrestling with unresolved guilt and grief over the loss of her husband and unborn child, Gracie desperately wants to get her life back.

An odd gift from her troubled uncle thrusts her into an investigation of her cousin’s tragic death 20 years ago. What really happened that rainy, October night when her cousin was killed by a hit-and-run driver? As pieces of the truth are wrenched from the past, her new business, Milky Way Kennels teeters on the edge of disaster. Her life starts to tailspin, and opposition to the investigation comes from friends and family alike. And then death strikes again.

With Haley, her black Labrador by her side, Gracie doggedly pursues the truth of her cousin Charlotte’s untimely death.

One Reviewer Notes
“If you like your mysteries teeming with close family ties, long-held secrets, and lots of friendly dogs, then you’ll love Laurinda Wallace’s new book Family Matters. Set in a cozy small town in Western New York, the mystery introduces Gracie Andersen, recent widow and owner of Milky Way Kennels, as a secret from her cousin’s past begins to threaten Gracie’s future.Family Matters features engaging characters, quirky humor, and enough twists and turns to keep you guessing.” – Rosebud Communications