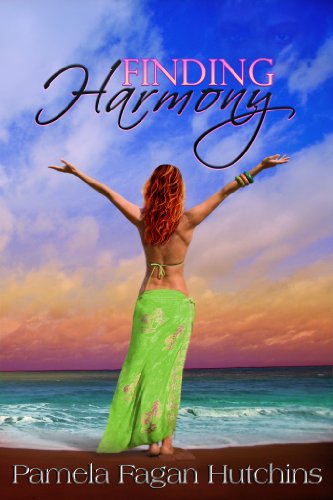 4.9 stars – 42 Reviews
Kindle Price: 99 cents
On Sale! Regularly Priced at $4.99
Text-to-Speech and Lending: Enabled
Don’t have a Kindle? Get yours here.
Or check out the Audible.com version of Finding Harmony (Katie & Annalise)
in its Audible Audio Edition, Unabridged!
Here’s the set-up:

Finding Harmony takes you on a high stakes race through the islands, with suspense, romance, a little voodoo, and laughs.

Katie’s already on edge when a dead guy shows up at Estate Annalise and shady locals claim there are slave remains in the foundation, but when Nick doesn’t come home to her and the kids one day after work, she’s ready to lose it. A frantic Katie launches a Caribbean-wide manhunt, calling on Kurt, her stoic, steady father-in-law, and Collin, her badass big brother, to help her search air, land, and sea for her husband, who may be in very big trouble indeed.

From the ABNA 2014 Contest: “The author created appealing characters who displayed just enough sass to remove them from the realm of perfect romance characters.” –Vine Reviewer

From the ABNA 2014 Contest: “A clever idea is supported by a clear, witty and distinct voice, a clear sense of a narrative arc. I couldn’t help laughing out loud when I got to ““There’s a dead pig on the table, a dead guy in the driveway, and a legion of dead people dem ready to swim up through our cisterns into the house.” Seriously, in what way is this not going to be a fun read, in plot, character and narrative voice??? The sense of setting also works. I was convinced I knew which Caribbean island this was set on, and where the house is, and where the Pig Man is. I still am. Really.” –Vine Reviewer

“The characters are completely engaging, and the story catapults us into action, adventure and mystery. Hold on to your hats!” —-Hanna Dettman, voice actor

“Clever, funny, and a page-turner from the very beginning.” — –Rebecca Weiss, attorney