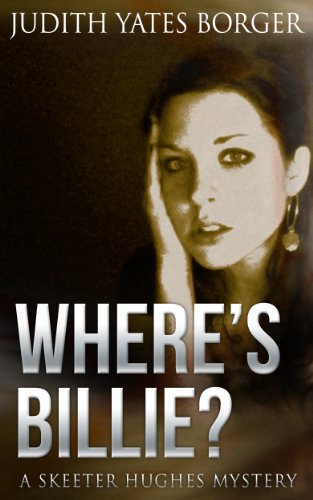 4.5 stars – 36 Reviews
Kindle Price: $2.99
Text-to-Speech and Lending: Enabled
Don’t have a Kindle? Get yours here.
Here’s the set-up:
Leathery journalist Skeeter Hughes searches for a missing  girl named Billie and in the process uncovers a prostitution ring run out of the Mall of America. This tale taps the  fear in the heart of every parent who may suspect that the suburbs aren’t as safe as they seem, while hitting on a phenomenon recently in the news. The men who victimize girls who have been sucked into human trafficking aren’t greasy low-lifes. They’re doctors and lawyers, judges and business owners, men who would otherwise be considered Minnesota Nice Guys. Wise-cracking Skeeter morphs from newspaper reporter to mom on a mission when her own daughter is almost caught in the seductive web. In the end Skeeter shines a light on the sordid business, saving the girls and nets herself  a promotion.
Reviews
“Borger  successfully taps into a parent’s constant concern–how to protect children in an increasingly dangerous world. Readers will want to hear more of Skeeter’s punchy, first-person voice.“ –Publishers Weekly

“Borger has written an exciting mystery novel that even has humor and sarcasm to keep the reader sitting on the edge of her seat … often laughing.”  –Donna S. Summerfield (Cresaptown, MD USA)