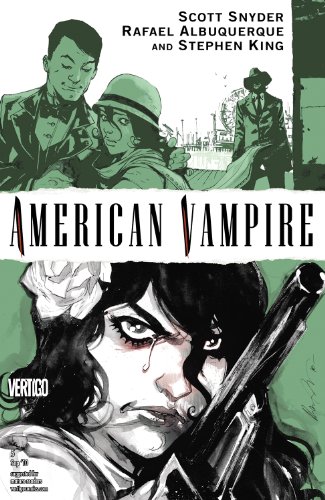 Right now, the American Vampire series of graphic novels in Kindle format is on sale at discount prices for both single issues and anthologies in Amazon’s Kindle Book Store.

From writers Scott Snyder and Stephen King, AMERICAN VAMPIRE introduces a new strain of vampire – a more vicious species – and traces the creatures’ bloodline through decades of American history…

…issues #1-5 follow two stories: one written by Snyder and one written by King, both with art by future superstar Rafael Albuquerque. Snyder’s tale follows Pearl, a young woman living in 1920s Los Angeles, who is brutally turned into a vampire and sets out on a path of righteous revenge against the European monsters who tortured and abused her. And in King’s story set in the days of America’s Wild West, readers learn the origin of Skinner Sweet, the original American vampire – a stronger, faster creature than any vampire ever seen before. Don’t miss out as Snyder and King set fire to the horror genre with this visionary, all-original take on one of the most popular monster stories! 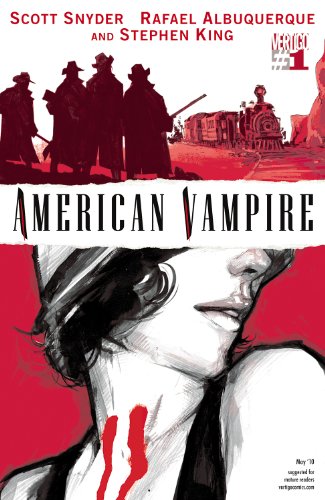 But when her big break brings her face-to-face with an ancient evil, her Hollywood dream quickly turns into a brutal, shocking nightmare.

Plus, in a back-up tale by horror master Stephen King, learn the origins of the first American Vampire! 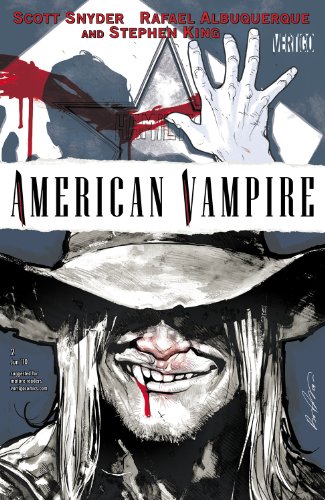 American Vampire #2 (no reviews yet, currently priced at 99 cents)

Pearl Jones was attacked and left for dead by a cabal of powerful Hollywood vampires.

Now, when a mysterious stranger comes calling, Pearl gets a second chance at life—and at revenge.

Meanwhile, in the back-up tale, a group of grave-robbers uncover more than they bargained for on Boot Hill.