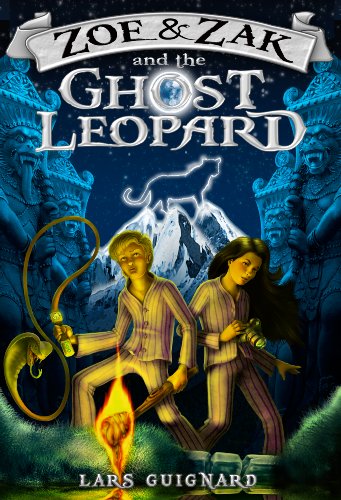 Lars Guignard may be best known for his adult thrillers, but his Zoe & Zak series is proving very popular with kids. Prime members take note: all three books released in Kindle format from this series so far are included in the Amazon Prime Lending Library!

If you loved Harry Potter, if you couldn’t get enough of Percy Jackson, if you’re wondering what to read after The House of Hades — from, Lars Guignard, the bestselling author of Lethal Circuit, comes the brand new, kids’ magic fantasy adventure… Zoe & Zak and the Ghost Leopard.

Imagine you’re lost in a strange city with no idea where you are and no way home.

Now imagine that elephants and snake charmers start telling you that you’ve been chosen to save the world.

Would you believe them? What would you do?

Zoe Guire isn’t sure. Having that elephant talk to her was weird, and, as a rule, Zoe doesn’t do weird. But the thing is, when Zoe tags along on her mom’s business trip to India, things get very weird, very quickly. In a matter of hours, Zoe finds herself lost alongside a kid named Zak with no money and no way home.

And those are the least of Zoe’s troubles. Because if she’s to believe the strange looking snake charmer sitting in the corner, she and Zak have been chosen — chosen to protect a mythical creature called the Ghost Leopard from an ancient evil.

Now, the farther they get into the mountains, the more crazily impossible things get. Carpets fly and statues talk and if either Zoe or Zak want to make it back to their parents, or the sixth grade, or anything even close to normal, they’re going to have to make some new friends, learn some new tricks, and listen, really listen to that talking elephant. Because if they don’t, the world will never be the same again.

Join Zoe and Zak as they journey high into the Himalayas to a place few have been and even fewer have returned to tell about it. 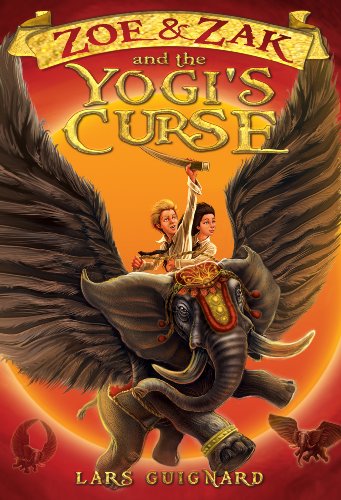 Zoe and Zak are two kids who’ve just had their world turned upside down. Their parents have sent them off to the Himalayan mountains to go to boarding school in India, all of which might seem fun, except for the fact that the school itself is a little strange.

At Moonstock Himalayan Academy, students ride elephants instead of school buses, snarling monkeys work as security guards, and angry parrots monitor the halls. But living with a bunch of other kids their own age can be a lot of fun too, or at least it seems that way until Zoe’s roommate goes missing. Following the directions written on a steamy bathroom mirror, Zoe and Zak fly through the clouds on their newly acquired magic carpet to learn that the two of them have been chosen to lift the Yogi’s Curse.

It’s not going to be easy. Zoe and Zak don’t even know what the Yogi’s Curse is let alone how to lift it, but like it or not, they soon discover that a whole lot of people are depending on them.

Now, if they’re going to save the day, Zoe and Zak are going to have to fool the monkey guards, avoid the nasty parrots, and maybe even develop a supernatural power or two. Because lurking beneath their new school is a powerful new enemy. And if Zoe and Zak can’t stop him, nobody can. 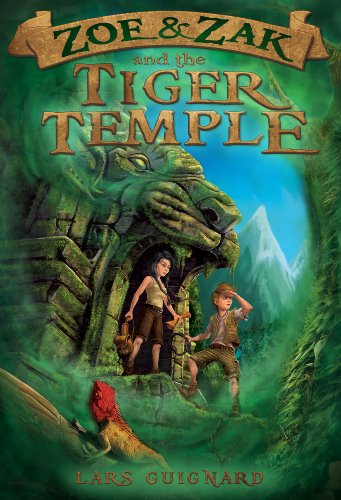 Zoe and Zak have learned some things since their first semester at Moonstock Himalayan Academy in India:

#1 Don’t trust the parrots.
#2 Don’t eat the food.
#3 And most importantly… Don’t stick around if something crawls out of the lava hole beneath your school.

Last semester, Zoe and Zak returned the first lost Noble Truth to its rightful home. Now, the seventh graders are back in India for their second semester at Moonstock, their boarding school high in the Himalayan mountains where impossible things seem to happen on a regular basis.

School kicks off with the Activity Week Challenge in the tiny mountain kingdom of Bhutan where the students must deliver medical supplies. Things take a turn for the worse when Zak becomes deathly ill after an encounter with a strange floating bubble. On returning to Moonstock, Zoe and Zak discover that a creature has come through the lava hole far below their dormitory. When Zoe and Zak follow the creature, they soon learn what they must do. They have been tasked with finding the second lost Noble Truth–the Tiger Eye of Justice.

Finding the Tiger Eye sounds like an impossible mission, and it’s only made more confusing when Zak discovers that he has been given a powerful gift to help with the task. But Zak’s new gift is a double-edged sword, and if Zoe and Zak don’t find the Tiger Eye quickly, Zak’s time will run out.

The Tiger Temple takes Zoe and Zak deep into an exotic world of magical enchantment and heart-pounding action. It promises to be the most thrilling Zoe and Zak adventure yet.