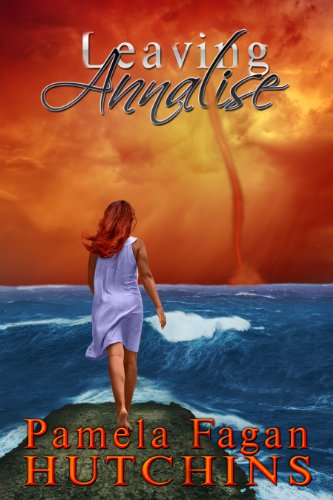 4.7 stars – 47 Reviews
Kindle Price: 99 Cents
Text-to-Speech and Lending: Enabled
Don’t have a Kindle? Get yours here.
Or check out the Audible.com version of Leaving Annalise (Katie & Annalise)
in its Audible Audio Edition, Unabridged!
Here’s the set-up:

One unexpected and hotly fought-over little boy, two dead bodies, and a series of home vandalisms throw Texas attorney turned island chanteuse Katie Connell into a tizzy. Juggling all of this, Bloody Mary cravings, baggage, and the bad guys too, she waffles between the jumbie house that brought her back from the brink and the man she believes is the love of her life.

If you like Josie Brown or Janet Evanovich, you will love Pamela Fagan Hutchins. A former attorney and native Texan, Pamela lived in the U.S. Virgin Islands for nearly ten years. She refuses to admit to taking notes for this series during that time.

“Fantastic mystery.” Once Upon a Romance