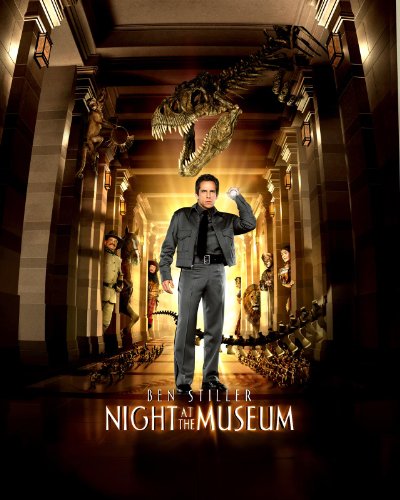 Amazon’s running a Digital Week Deals sale in the Instant Video Store, with over 800 Instant Video movies and TV series being offered at discount prices this week only. Just two of the hundreds of bargains included in the sale are the wonderful Night At The Smithsonian films, priced at just $5.99 each (descriptions from IMDB):

In New York, unemployed and divorced Larry Daley is a complete loser. His son Nick is very disappointed with his father who is going to be evicted. Larry accepts the job of night watchman in the Museum of Natural History and takes the place of three old security guards that have just retired in order to raise some money and pay his bills.

On his first shift, Larry soon realizes that everything at the museum is not as it seems as the statues begin to come to life after the sun sets. The Museum transforms into complete chaos with the inexperienced Larry in charge as he learns that an old Egyptian stone that came to the Museum in 1950 brings these statues to life until dawn.

When Larry brings his son to spend a night with him, the three old guards break into the Museum to try to steal the magical stone. Larry organizes all the historic characters to help him stop the criminals and save the museum.
– Written by Claudio Carvalho 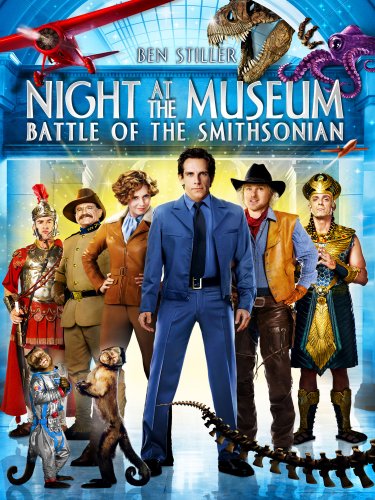 Night At The Museum: Battle Of The Smithsonian (PG, 4/5 stars, closed captions available)

When the Museum of Natural History is closed for upgrades and renovations, the museum pieces are moved into federal storage at the famous Washington Museums. The centerpiece of the film will be bringing to life the Smithsonian Institution, which houses the world’s largest museum complex with more than 136 million items in its collections…

After stealing a security guard’s ID badge, Larry (Ben Stiller) slips into the Archives of the Smithsonian, where Kahmunrah, an evil Pharaoh will come to life with the reestablishing of a tablet as a magical force in the museum bringing the old exhibits (Such as Theodore Roosevelt and Dexter [the monkey]) and new exhibits (like General Custer and Al Capone) back to life, and in conflict with each other.

Larry enlists the help of Amelia Earhart, who he develops a romantic interest in, and together they try to put everything back in order.
– Written by sunshine-161