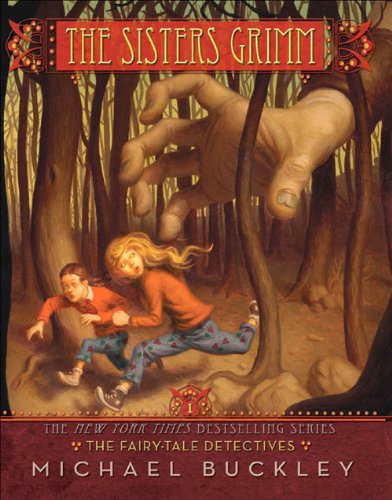 The Sisters Grimm series for grades 4 and up offers a new, kid-friendly take on mysteries.

In book one of this bestselling series, sisters Sabrina and Daphne are sent to live with their mysterious grandmother, Relda Grimm. The sisters learn they are descendants of the Brothers Grimm, whose famous book of fairy tales is actually a collection of case files. The girls are the latest in a long line of fairy-tale detectives, and their new hometown is filled with Everafters (as magical folks like to be called) – some good and some very, very bad. When a mysterious Everafter sets a giant loose on the town, it’s up to the Sisters Grimm to save the day.

School Library Journal says:
Buckley has created a world in which humans and fairy-tale creatures live side-by-side in rural New York in an uneasy alliance. Brought here by Wilhelm Grimm in an attempt to save them, the Everafters are now kept in check by the man’s descendants. Enter Sabrina and Daphne Grimm, two sisters seemingly abandoned by their parents, who have been brought to live with a grandmother whom they thought was dead. Heartbroken and wary, the girls are immediately swept up in a mystery that includes giants, pixies, fairies, and witches. Readers well grounded in their fairy tales will get the most pleasure from recognizing the characters–Prince Charming, Jack-the-Giant-Killer, the Three Pigs, the Magic Mirror, and more–but the fast pace, sly humor, and cleverly inserted vocabulary lessons will entertain even those who are meeting the characters for the first time. 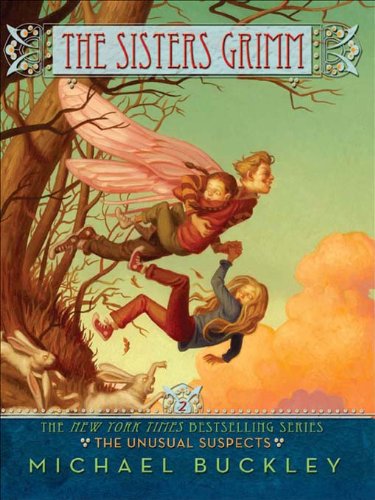 In book two of the series, the Sisters Grimm start school at Ferryport Landing Elementary.

Daphne’s lucky enough to get Snow White for a teacher–she loves little people–but poor Sabrina’s stuck with Mr. Grumpner and a class of mildly psychotic sixth graders. When Mr. Grumpner is found hanging in a spider’s web, it is up to the Grimms to find the Everafter who did it.

If only Sabrina can get over her distrust of all fairy-tale folk. But how can she trust those who just might be responsible for the disappearance of her parents? 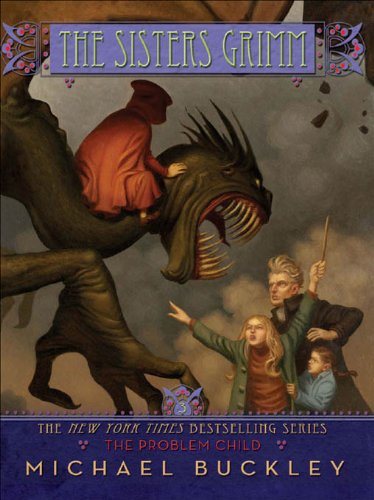 In book three of the series, Sabrina and Daphne Grimm tackle their most important mystery: Who kidnapped their parents more than a year ago?

Sabrina enters the hideout of the Scarlet Hand, the sinister group of Everafters who are keeping her parents prisoner. She has a chance to rescue her mom and dad but is foiled by the most famous fairy-tale character in the world.

With the help of her little sister (who might be tougher than Sabrina realizes) and a long-lost relative, Sabrina finds a powerful weapon for fighting her enemies, and discovers that magic has a high price.

Click here to browse all books in the Sisters Grimm series.