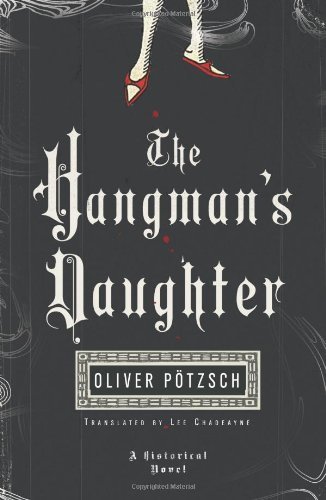 All four of Oliver Pötzsch’s bestselling Hangman’s Daughter historical thriller novels are currently on sale for $4.99 each or less—even the latest installment!

Germany, 1660: When a dying boy is pulled from the river with a mark crudely tattooed on his shoulder, hangman Jakob Kuisl is called upon to investigate whether witchcraft is at play. So begins The Hangman’s Daughter–the chillingly detailed, fast-paced historical thriller from German television screenwriter Oliver Pötzsch, a descendant of the Kuisls, a famous Bavarian executioner clan.

Magdalena, the clever and headstrong daughter of Bavarian hangman Jakob Kuisl, lives with her father outside the village walls and is destined to be married off to another hangman’s son—except that the town physician’s son is hopelessly in love with her. And her father’s wisdom and empathy are as unusual as his despised profession. It is 1659, the Thirty Years’ War has finally ended, and there hasn’t been a witchcraft mania in decades. But now, a drowning and gruesomely injured boy, tattooed with the mark of a witch, is pulled from a river and the villagers suspect the local midwife, Martha Stechlin.

Jakob Kuisl is charged with extracting a confession from her and torturing her until he gets one. Convinced she is innocent, he, Magdalena, and her would-be suitor to race against the clock to find the true killer. Approaching Walpurgisnacht, when witches are believed to dance in the forest and mate with the devil, another tattooed orphan is found dead and the town becomes frenzied. More than one person has spotted what looks like the devil—a man with a hand made only of bones. The hangman, his daughter, and the doctor’s son face a terrifying and very real enemy.

Taking us back in history to a place where autopsies were blasphemous, coffee was an exotic drink, dried toads were the recommended remedy for the plague, and the devil was as real as anything, The Hangman’s Daughter brings to cinematic life the sights, sounds, and smells of seventeenth-century Bavaria, telling the engrossing story of a compassionate hangman who will live on in readers’ imaginations long after they’ve put down the novel. 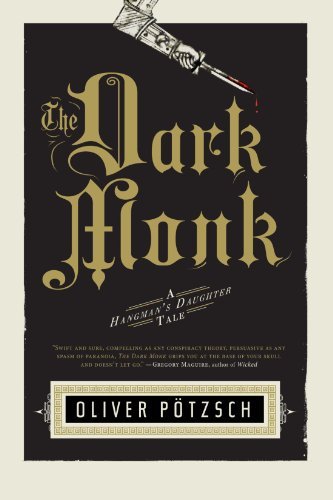 1660: Winter has settled thick over a sleepy village in the Bavarian Alps, ensuring every farmer and servant is indoors on the night a parish priest discovers he’s been poisoned. As numbness creeps up his body, he summons the last of his strength to scratch a cryptic sign in the frost.

Following a trail of riddles, hangman Jakob Kuisl, his headstrong daughter, Magdalena, and the town physician’s son team up with the priest’s aristocratic sister to investigate. What they uncover will lead them back to the Crusades, unlocking a troubled history of internal church politics and sending them on a chase for a treasure of the Knights Templar.

But they’re not the only ones after the legendary fortune. A team of dangerous and mysterious monks is always close behind, tracking their every move, speaking Latin in the shadows, giving off a strange, intoxicating scent. And to throw the hangman off their trail, they have ensured he is tasked with capturing a band of thieves roving the countryside attacking solitary travellers and spreading panic.

Delivering on the promise of the international bestseller The Hangman’s Daughter, Oliver Pötzsch takes us on a whirlwind tour through the occult hiding places of Bavaria’s ancient monasteries. Once again based on prodigious historical research into Pötzsch’s family tree, The Dark Monk brings to life an unforgettable, compassionate hangman and his tenacious daughter, painting a robust tableau of a seventeenth-century Bavaria and quickening our pulses with a gripping, mesmerizing mystery. 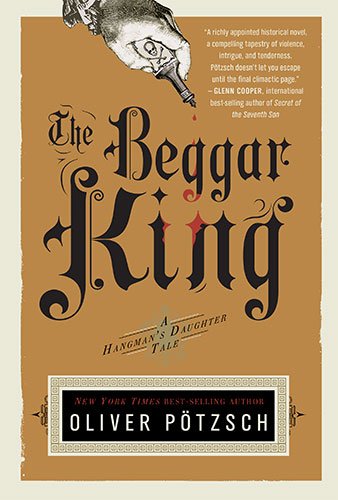 The year is 1662. Alpine village hangman Jakob Kuisl receives a letter from his sister calling him to the imperial city of Regensburg, where a gruesome sight awaits him: her throat has been slit. Arrested and framed for the murder, Kuisl faces first-hand the torture he’s administered himself for years.

Jakob’s daughter, Magdalena, and a young medicus named Simon hasten to his aid. With the help of an underground network of beggars, a beer-brewing monk, and an Italian playboy, they discover that behind the false accusation is a plan that will endanger the entire German Empire.

Chock-full of historical detail, The Beggar King brings to vibrant life another tale of an unlikely hangman and his tough-as-nails daughter, confirming Pötzsch’s mettle as a writer to watch. 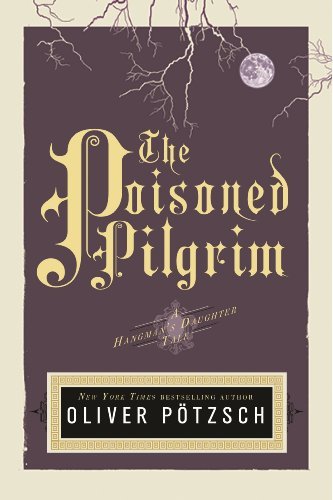 1666: The monastery at Andechs has long been a pilgrimage destination, but when the hangman’s daughter, Magdalena, her doctor husband Simon, and their two small children arrive there, they learn that the monks have far larger concerns than saying Mass and receiving alms. It seems that once again, the hangman’s family has fallen into a mysterious and dangerous adventure.

Two monks at the monastery experiment with cutting edge technology, including a method of deflecting the lighting that has previously set the monastery ablaze. When one of the monks disappears and his lab is destroyed, foul play is suspected. Who better to investigate than the famed hangman Jakob Kuisl? But as the hangman and his family attempt to solve the mystery of the missing monk, they must deal with both the eccentric denizens of the monastery and villagers who view the monks’ inventions as witchcraft that must be destroyed at all costs.

This thrilling fourth entry of The Hangman’s Daughter series features scheming monks, murderous robots, and the action and intrigue that never seem to cease when the Kuisls are on a case.