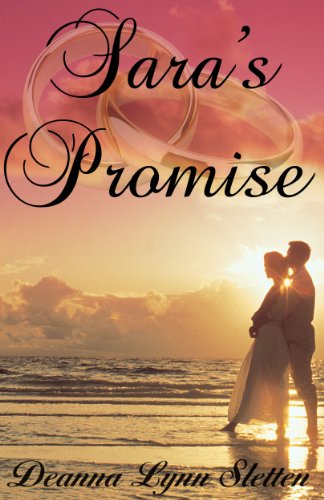 4.6 stars – 50 Reviews
Kindle Price: 99 cents
Or currently FREE for Amazon Prime Members Via the Kindle Lending Library
Text-to-Speech and Lending: Enabled
Don’t have a Kindle? Get yours here.
Here’s the set-up:

Do you believe in soul mates?

William Grafton had the perfect life with his lovely wife, Sara, and two wonderful children. But one day his perfect forever was shattered when Sara died suddenly, leaving him alone to raise his children and wonder how he would ever get through life without his soul mate. Five years later, he finds himself looking into a familiar pair of blue-green eyes that remind him of Sara. The woman is the exact opposite of his late wife, yet he finds he is drawn to her. But after a few strange occurrences, he begins to wonder-are these just coincidences, or has his Sara come back to him as she once promised in the form of this new woman?

Annie Paxton doesn’t believe in soul mates or fate. She had watched her father die of a broken heart after her mother passed away and has since cast away any fairy tale ideas of love. Then she meets the man who has been haunting her dreams and she begins to see love in a whole new light. But her dream man is still tied to his deceased wife, and Annie doesn’t know if he will ever be able to break away from his past. As strange occurrences unfold, Annie wonders if William could ever truly love her for herself, and not for the traits that remind him of Sara.

Were William and Annie brought together by fate, coincidence or by Sara keeping her promise?

5-Star Amazon Review
“I would recommend this book to everyone who believes in fate and happily ever after love. It kept me entranced from beginning to end. And I wish it didn’t end. A great love story!”