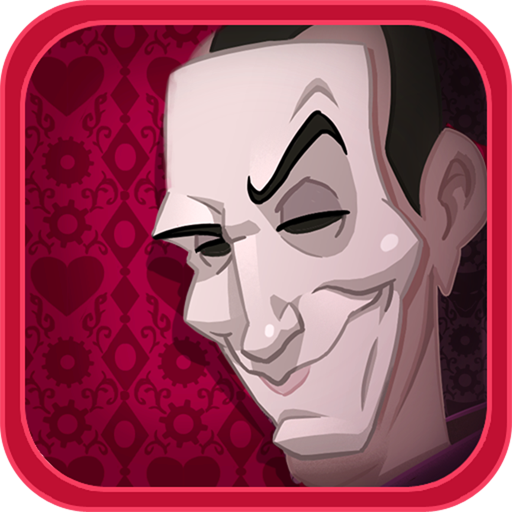 The Curse (4/5 stars, guidance suggested, currently priced at 99 cents) was offered as a Free App of the Day not long ago, and while reviews were mixed I still decided to pick it up because the description advertised 100 puzzles and I am a puzzle nut.

Most of those who’ve given this app a negative review did so because they didn’t like the fact that the app only comes with 10 hints (to be used when you’re stuck on a puzzle), and if you want more you have to buy them with real money. But don’t let that hold you back, because there are LOTS of hints and walkthroughs to be found online for free. Also, this isn’t one of those puzzle apps where you must solve all the puzzles in order: you will not get “stuck” at a certain point in the game if you can’t solve a given puzzle, you’re allowed to complete them in whatever order you like. From Amazon:

———–
The mysterious figure appears from behind a burst of smoke, his voice deep and taunting…”I must say, I can’t thank you enough for your generous gift of freedom. I’ve been hidden away for so long…”

The realization of what you’ve done suddenly hits. Upon activating the book you’ve unleashed an ancient curse and unwittingly released the Mannequin: a mischievous adversary who lays a challenge before you. “Solve all pages of this very book, and you can undo what you have so accidentally done. However, success is highly unlikely…”

Unleash The Curse!
– Tackle 100 unique puzzles in the order of your choosing in your quest to banish the Mannequin.
– Challenge your logic, memory and reflex skills with over 10 puzzle categories.
– Overcome the Mannequin’s fiendish trials as you come face-to-face with him through numerous interactive cutscenes.
– Unravel the mystery by earning cogs and gaining access to the book’s secret compartment to solve the cryptic final puzzle.
————————-

This trailer will give you a better idea of the app’s tone and content:

As I said, I am a BIG fan of puzzles and puzzle apps. I’ve played many over the years, including the wonderful Professor Layton series for the Nintendo DS, yet The Curse still managed to surprise me with some of its puzzles.

You’ll find some of the usual tangram, magic square, lights out, solitaire peg board and sliding block puzzles here, but there are also riddles, Hamiltonians (where you must complete an electrical circuit according to certain rules), burn the rope, untangle and logic wheel puzzles. Some of these are puzzle types I’ve never seen before, and even though certain puzzle types come up again and again, each one has a unique solution and they increase in difficulty as their numbers (1 – 100) increase.

The Curse– I highly recommend this app to any puzzle fan, and personally rate it 4.5/5 stars.