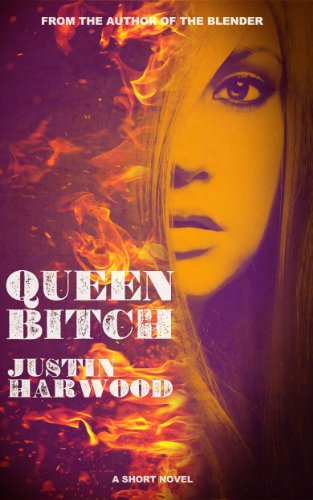 8 Rave Reviews
Kindle Price: $2.99
Text-to-Speech and Lending: Enabled
Don’t have a Kindle? Get yours here.
Here’s the set-up:
Queen Bitch is a straight fist to the nose in the true tradition of unyielding, hard-boiled crime.
Racing from New York City to New Mexico and back, the intensity never relents as the police try to find a killer; a killer who won’t be stopped. The fast, unfolding brutality grabs the reader by the hair and forces them to watch.
One Reviewer Notes
“Queen Bitch opens with Mac throwing a man off a roof before seeing her parole officer for the last time. Yes, it’s that sort of book. The writing is sparse. By that I mean there’s not a wasted word. Some chapters are very short, only a few paragraphs, however, it works. There are only a handful of characters, but all are well drawn and the relatively short length and tight style … this was a good choice… The dialogue is also sharp and snappy. This is a good book, I’d like to see more of Justin Harwood’s work.” – Keith Nixon at Goodreads (via Big Al’s and Pals)