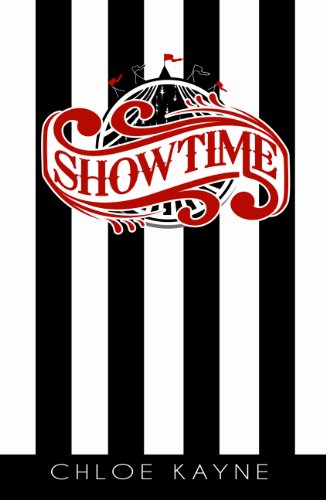 4.0 stars – 58 Reviews
Kindle Price: 99 cents
Text-to-Speech and Lending: Enabled
Don’t have a Kindle? Get yours here.
Here’s the set-up:

The grandeur of the traveling circus is at its peak in the early 1920s when sixteen-year-old Laila Vilonia is searching for an escape from her bleak future. Behind the gates of the legendary Marvelle Circus, she is thrust into a mysterious world she never knew existed—a paradise populated with outcasts. It’s in this glamorous new home that Laila sparks a controversial romance with notorious sideshow performer, “The Disappearing Man,” and learns just how dangerous her new life can be.

Touring the picturesque eastern coast of America, Laila’s immersed in friendship, vaudeville, festivals, sequins, and serial killers. But behind the curtain, a sadistic plan is brewing that will crack the very foundation upon which she’s become so dependent.

“Kayne introduces us to a world shrouded in talent, mystery, and the undulating, relentlessness of circus performers. But under all the glam and glitz lies a cache of secrets, lies, and murder.” —The Best Way Out is Through Blog

and now … Today’s Kindle Daily Deal! Click on the image below