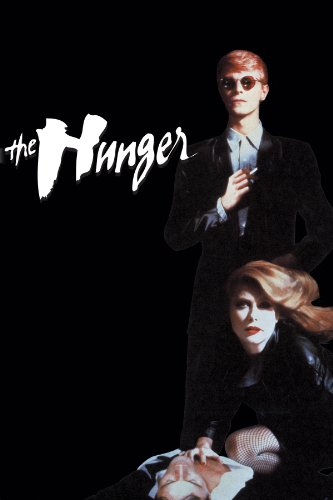 It’s pretty common knowledge that David Bowie is a highly influential, successful, and at times flamboyant rock star who went from being a gender-bending glam hipster to an elder statesman in the musical landscape. Stylish, witty and forever commenting on the popular culture through his music, Bowie has earned the love, respect and admiration of generations.

Most people know about Bowie’s turn as Jareth the Goblin King in Jim Henson’s Labyrinth too, but Bowie’s body of work as an actor isn’t limited to this well-known, near-novelty performance. Most of his films are available as Amazon Instant Videos, and some of them are currently part of the Prime catalog so it’s a great time to brush up on some of Bowie’s other acting roles.

Ancient vampire Miriam (Catherine Deneuve) and her lover John (Bowie) pass themselves off as urbane sophisticates by day, then prowl the club scene for victims by night. For some reason, while Miriam stays forever young and beautiful, her chosen lovers eventually begin to age very rapidly. When the terrifying and sad process begins for John, he turns to Dr. Sarah Roberts (Susan Sarandon), who specializes in aging, for help.

Initially brushing him off as a crank, Sarah soon sees for herself the results of John’s affliction and is drawn into the lives of the otherworldly couple. It’s not long before Miriam is setting her sights on Sarah as a new companion, but is it too late for John?

Bowie holds his own playing opposite Deneuve in this stylish thriller, and fans of 80’s and goth music won’t want to miss a cameo by Bauhaus in an early club scene. 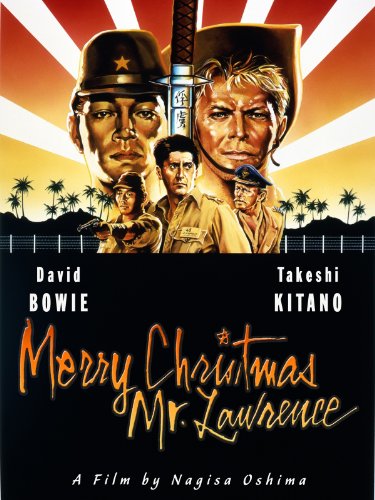 David Bowie plays Major Jack Celliers, a 1942 POW sent to a Japanese camp. There, the proud and rebellious Celliers becomes something of a lightning rod.

He inspires the other British POWs to stay strong and hold onto hope, and becomes an object of both fascination and fear for the young, patriotic but idealistic Captain Yonoi (played by musician Ryuichi Sakamoto, who also composed and performs in the beautifully haunting soundtrack).

While the Japanese in charge of the POW camp generally see it as shameful that the Brits surrendered rather than die on the battlefield, Yonoi quickly comes to see this new prisoner as worthy of his respect, and perhaps even his love.

Horrified and shamed by his inappropriate interest in this man, Yonoi knows he must take some kind of drastic action to re-establish his professional, commanding role in relation to Celliers, but his compassion for the man keeps holding him back. Celliers stretches the boundaries of Yonoi’s patience further and further in a battle of wills that can only culminate in a final showdown between the two men.

One or the other must be made an example to the whole camp, but neither man will emerge unscathed. 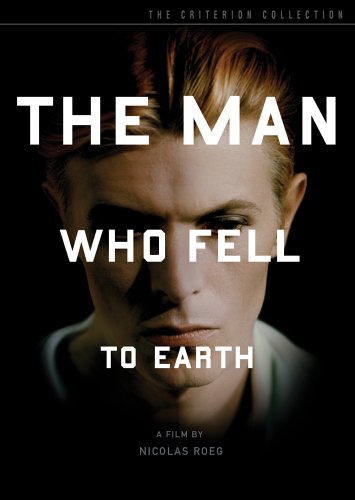 In this film, directed by Nicolas Roeg, Bowie plays Thomas Jerome Newton, an alien sent by his people to Earth to get water for his dying planet. Newton, in disguise as a human, trades on his knowledge of advanced, alien technology to amass a huge fortune, which he intends to use to build a ship so he can return home.

Newton becomes increasingly entangled in the affairs of humans however, and in a deep bout of homesickness and loneliness he gives in to the advances of a young woman who’s fallen in love with him.

The young woman is disgusted and frightened when Newton allows her a glimpse of himself in his true form, and very soon all of those whom he thought of as friends are turning on him, now seeing him as frightening, foreign and less than human.

Bowie’s performance is subtle and heart-wrenching. 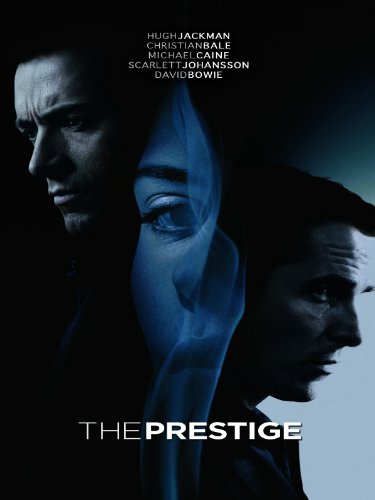 Hugh Jackman and Christian Bale star in this twisty story of dueling magicians who start out as colleagues. After a dangerous trick goes horribly awry one night, the men become mortal enemies who will stop at nothing to ruin one another.

Eventually one of them finds himself condemned to death for the murder of the other, but all is not as it seems. Did the Great Angier really die at all? And how can his nemesis, Borden, be so coolly detached about his appointment with the gallows?

It seems both men have a few tricks left up their sleeves to the bitter end.

Bowie plays Nicola Tesla, in a small but effective role. Michael Caine co-stars as Cutter, the engineer behind many of the more amazing on-stage stunts, and Scarlett Johansson plays Olivia, the woman who (unwisely) comes between the embittered illusionists. 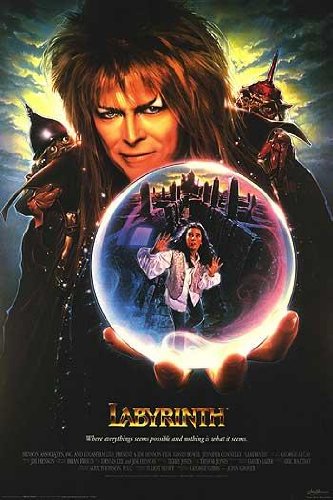 Frustrated by his constant fussing, she begins telling him a fantastical story of goblins who take ill-mannered children away, unknowingly summoning those very creatures to come and steal her brother.

When Sarah demands that the goblins return Toby, she’s confronted by Jareth, the Goblin King (Bowie). He informs her that she has just 13 hours to find her way through his ever-changing labyrinth maze to reach and rescue her brother.

Befriended along the way by various Henson Workshop creatures, Sarah learns some valuable lessons in patience, loyalty, friendship, and maturity along the way.

The camp value of Bowie’s performances, singing and dancing while surrounded by puppets and a baby in longjohns, is reason enough to see this movie if you’re a Bowie fan. Kids will love this movie, too.