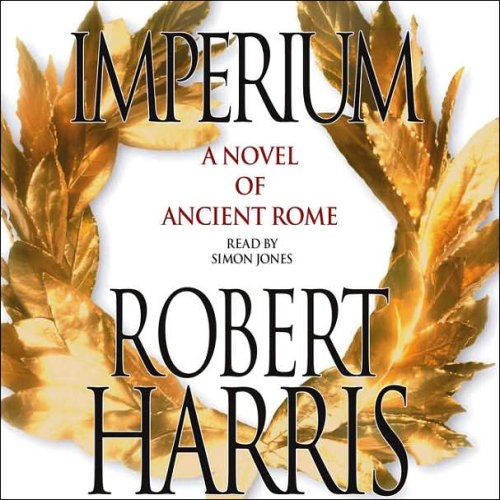 I got the Audible audiobook edition of Robert Harris’ Imperium years ago, and enjoyed it thoroughly. I was recently surprised to learn it’s the first volume in a planned Novels of Ancient Rome trilogy, with the second volume, Conspirata, having been released in 2011. The third volume has not yet been published.

In these novels, Harris attempts to reconstruct the life of Cicero as it was written in a biography authored by his secretary/slave Tiro. That written account was subsequently lost to the ages, unfortunately, but Harris draws on numerous sources in his retelling, including Cicero’s own letters and legal briefs. While it’s a fictionalized account, Harris attempts to hold pretty close to historical events.

Imperium (4.5/5 stars, Audible edition currently priced at $27.95 or 1 Audible Member Credit, Kindle edition currently priced at $9.73) charts Cicero’s rise to Consul. It’s a chatty, almost gossipy account of personal and political intrigues, and provides a lot of fascinating detail about what it was like for those at all levels of society to live in the ancient Roman Republic. Along with the central story of Cicero’s careful maneuvering and planning, there are side stories that reveal the extremes of luxury and depravity that existed at the time.

Cicero himself makes an interesting protagonist. A very intelligent and savvy man, Cicero (as presented here) was nevertheless something of an awkward dilettante moving among noblemen and patricians. While able to assume a mantle of statesmanship and confidence, and perhaps one of the greatest orators of all time, he’s shown to often be swimming in self-doubt and worry in his private conversations with Tiro. This makes a man who’s often viewed as somewhat boring and dry a much more fascinating and relatable character.

One major component of the plot, and Cicero’s rise in fame and popularity, involves Cicero’s legal prosecution of Verres, a corrupt, vain and vicious nobleman. This aspect makes the book seem like a courtroom drama or legal thriller at times, and it’s very interesting to see how much our modern-day legal system has drawn from that of the Roman Republic of old. Verres is overconfident, certain he’s above the law, and willing to crush any person he views as an obstacle in his neverending quest for power and wealth. He’s also a snob, and treats the common people of his province in Sicily with open contempt.

Cicero’s campaign to expose Verres’ crimes and see him brought to justice establishes Cicero’s reputation as a Man of the People, and spurs his ambition to seek higher office. Even though I knew the history, Harris managed to effect a level of suspense that actually had me wondering if Cicero really would ascend to Consulship.

The narration of the book is excellent, as well. I rate this audiobook 5/5 stars. 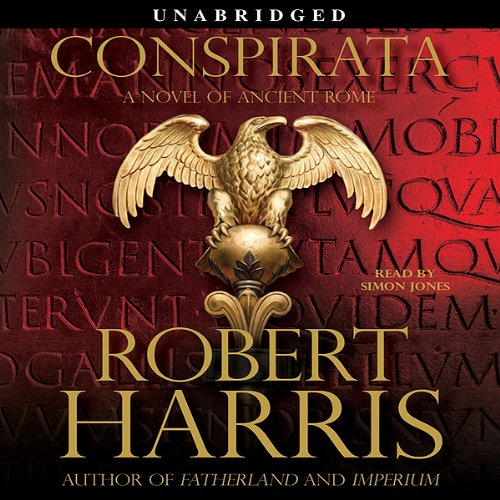 On the eve of Marcus Cicero’s inauguration as consul of Rome, the grisly death of a boy sends ripples of fear through a city already wracked by civil unrest, crime, and debauchery of every kind. Felled by a hammer, his throat slit and his organs removed, the young slave appears to have been offered as a human sacrifice, forbidden as an abomination in the Roman Republic.

For Cicero, the ill forebodings of this hideous murder only increase his frustrations and the dangers he already faces as Rome’s leader: elected by the people but despised by the heads of the two rival camps, the patricians and populists.

Caught in a political shell game that leaves him forever putting out fires only to have them ignite elsewhere, Cicero plays both for the future of the republic and his very life. There is a plot to assassinate Cicero, abetted by a rising young star of the Roman senate named Gaius Julius Caesar – and it will take all the embattled consul’s wit, strength, and force of will to stop it and keep Rome from becoming a dictatorship.

In this second novel of his Roman trilogy, following the best-selling Imperium, Robert Harris once again weaves a compelling and historically accurate tale of intrigue told in the wise and compassionate voice of Cicero’s slave and private secretary, Tiro. In the manner of I, Claudius, Harris vividly evokes ancient Rome and its politics for today’s listeners, documenting a world not unlike our own – where the impulse toward dominance competes with the risk of overreach, where high-minded ideals can be a liability, and where someone is always waiting in the wings for a chance to set the world on fire.

While Conspirata is every bit as well-researched and well-written as Imperium, I didn’t enjoy it quite as much as the first book. I don’t see this as a failing on Harris’ part though, so much as a simple matter of my personal tastes in books.

Conspirata reads much more like a political thriller or espionage thriller, with its many competing characters and plot threads. I don’t personally care for those types of books, because they generally involve very large casts of characters and puzzle-box plotting. For me, those types of books seem more like homework than entertainment. However, since political and espionage thrillers have topped the bestseller lists for decades, I know I’m in the minority on this one.

Another factor that made this second volume less of a win for me is that it focuses much more on the politics, as opposed to the daily life and culture, of the time. Of course those details of the characters’ lives that put them in a time and place are there in Conspirata, but Harris keeps the focus pretty steadily trained on the machinations of the Roman senate, and the competing agendas of the politicians and their backers.

If you like historical fiction and the types of novels Tom Clancy writes, you will probably love Conspirata. I still rate it 4/5 stars, because it IS still very interesting, even if I found it less interesting than Imperium.