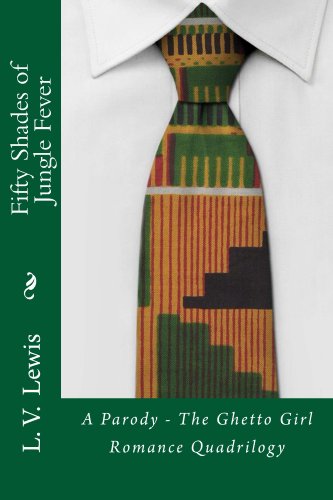 4.8 stars – 47 Reviews
Kindle Price: FREE!
Text-to-Speech and Lending: Enabled
Don’t have a Kindle? Get yours here.
Here’s the set-up:

FIFTY SHADES OF GREY to the second power meets Keisha and Jada from the Block.If you’ve wondered how an ethnic girl from the hood might’ve handled an arrangement with an experienced white Dominant, this is your book. If you’d like to see the sexiest TWIN DOMS in a contemporary romance series in interracial relationships, this is most definitely your book.

Aspiring recording studio owners, Keisha Beale and Jada Jameson, score a rare meeting with venture capitalist Tristan White, and are thrust into a world beyond their wildest imaginations.

Street-wise Keisha is startled to realize she wants this rich white man, despite the certainty that he is out of her league. Unable to resist Keisha’s sassy, irreverent, and fiercely independent spirit, Tristan knew from day one he wanted her, too–as his first African American submissive.

Upper Class Jada of the Springfield Jamesons has traveled in almost the same circles as the White brothers, and has had a secret crush on Nathan White, the point guard for the Chicago Bulls, for quite some time.

Both brothers have succumbed to jungle fever, and want a little coffee in their cream.

Lured by Tristan White and his offer of fronting the capital for her business in exchange for kinky sex, Keisha finds herself with no other option. Keisha is also tortured by a demons from her past, and her inability to come to terms with them threatens to undermine the future of her business and her tumultuous, unconventional relationship with Tristan White.

The first two books focus on Keisha and Tristan’s romance, and the final two focus on Jada and Nathan’s.

“This story though simular to 50 shades, is still attention grabbing in this authors approach with the humorous moments and conversations between the characters. I can not wait for the next installment. You won’t be disappointed.” – Amazon Reviewer, 5 Stars

L. V. Lewis is a new author who decided that stories like Fifty Shades of Grey needed a little more diversity and comedy in them. A married parent of four residing in South Georgia, Lewis loves romances that involve interracial couples because L. V. envisions a world when it won’t matter to anyone else who you love because, despite the civil rights movement and a biracial US President, we aren’t there yet.

L. V. and spouse are political junkies. One leans right, the other left. Thankfully, this has never caused any issues in their relationship. If Lewis told you which of them was Democrat and which was Republican, you just might be able to figure out which is Dominant and which is submissive.

If you enjoy reading our Kindle Fire @ Kindle Nation Daily posts, we encourage you to support our daily sponsors and thank you for considering them.