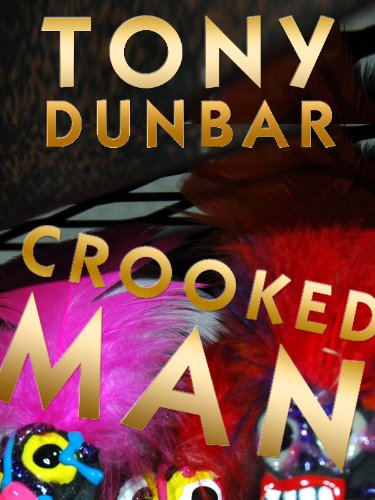 by Tony Dunbar
4.2 stars – 9 Reviews
Kindle Price: $1.99
Or currently FREE for Amazon Prime Members Via the Kindle Lending Library
Text-to-Speech and Lending: Enabled
Don’t have a Kindle? Get yours here.

The FIRST offbeat mystery in the TUBBY DUBONNET series, by ANTHONY- AND EDGAR-NOMINATED AUTHOR Tony Dunbar.

“a lighthearted, fast-moving, comic mystery … In this well-written, entertaining first novel, Tubby’s luncheon menus are as engaging as the plot.” -Library Journal

HARD-BOILED AND HILARIOUS AT THE SAME TIME, THIS IS THE BOOK THAT ASKS THE QUESTION: IF A GYM BAG OF CASH FELL INTO YOUR HANDS, WHAT WOULD YOU DO TO KEEP IT?

And it has another great quality: The food’s as much fun as the tightly-coiled plot.

A simple man with a refined palate, maverick New Orleans lawyer Tubby Dubonnet has a penchant for fishing, Old Fashioneds, off-track betting, and fighting evil while passing a good time.

His clients are all renegades from the asylum (aka Orleans Parish), including a transvestite entertainer, a buxom deadbeat blonde, a doctor who refers his own patients to a malpractice lawyer, and a Mardi Gras reveler who drives a float shaped like a giant crawfish pot. He also has his hands full with an ex-wife and three teenage daughters, who are experts in the art of wrapping Tubby around their little fingers. And somehow, between work and family, Tubby finds time to sample the highs and lows of idiosyncratic Crescent City cuisine, from trout meuniere amandine and French roast coffee with chicory to shrimp po-boys and homemade pecan pralines.

Tubby’s new client is Darryl Alvarez, the manager of a local nightclub who’s been caught unloading marijuana from a shrimp boat. At their first meeting, Darryl entrusts Tubby with an ordinary-looking blue gym bag. But after Darryl’s unfortunate demise, Tubby realizes he must tighten his grasp on the gym bag — and its million-dollar contents.

TUBBY JUST CAN’T GIVE UP THE CASH. BUT IF HE GETS CAUGHT, HE’LL BE IN JAIL. AND IF THE WRONG PEOPLE CATCH HIM, HE’LL WISH HE WAS.

“Tubby grapples with the temptation of riches and the threats of claimants, and, as he sorts out the rogues among the buttoned-downs, he dispatches the villain and finds a home for the cash in a conclusion that’s as cleverly convoluted and amusing as the rest of this tale, the first in a…series.” -Publishers Weekly

From the murderous rise and fall of America’s bloodiest Asian gang to the brutal lives of the New York City mobsters who ruled Hell’s Kitchen, reality is often more thrilling than fiction. Today’s selection of five true-crime stories hammers home this point, and they’re just $1.99 each (up to 88% off).

Born to Kill: The Rise and Fall of…

Who Killed My Daughter?

Circle of Six: The True Story of New…