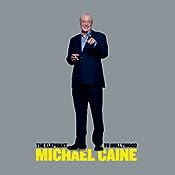 (Psst! Audible members, at the end of this post there’s a link to a full cast performance of The Importance of Being Earnest that’s being offered free to Audible members all this month!)

I’ve never been one to watch or read celebrity gossip tabloids, and I don’t care for any of those B-list celebrity reality shows either. But I am a film, TV, book and music buff, and like any fan, I have my favorite actors, directors, musicians and writers.

When I’ve really enjoyed a particular work or performance, or have come to admire a particular artist, I often find myself wanting to know more about both the work and the performer. It was VH1’s Storytellers series that first got me hooked on the celebrity-artist memoir genre, with its spare performance space, live performances of favorite songs from top musical acts, and best of all, segments where the musicians would provide the backstory on each song. It was fascinating not only to finally learn who or what inspired some of my favorite music, but also to see these multi-platinum, superstar artists being so ordinary and relatable.

“Ordinary and relatable” are probably about the last two adjectives you might apply to the legendary talent, Michael Caine. And you might think that unless you’re a particular fan of his, or work in the entertainment business, there’s not much of interest to you in his memoir, The Elephant to Hollywood. But you’d be wrong.

As Caine relates the tale of his journey from a British slum to superstardom, his humility and cockney accent keep him firmly grounded in the land of “us”, the ordinary, working class joes. Yes, there are insider Hollywood stories and celebrity anecdotes galore, but Caine’s tone is always admiring and informative, full of gratitude for the opportunities he’s had and the lessons he’s learned, never mean-spirited.

But then comes the biggest and most welcome surprise of the book, and something I feel makes it a great listen for anyone struggling with the challenges and disappointments of middle age life and career crisis, whether they tend to like celebrity memoirs or not: Caine’s examination of his fall from the top tier of Hollywood’s A-List. Caine recounts a dark period of despair when it seemed the best years of his career and life were behind him, and how a friend finally helped him see that while anything he chose to do in the future would certainly have to be different from what came before, it could be every bit as fulfilling, important and productive. That friend helped Caine see how, if anything, his work would be much enriched and informed by his past experience and practice. From Audible:

When he was in his late 50s, Michael Caine believed his glamorous, rags-to-riches Hollywood career had come to an end. The scripts being sent his way were worse and worse. When one script really disappointed, he called the producer to complain about the part. The producer said, “No, no, we don’t want you for the lover, we want you for the father.”

Salvation came in the unlikely form of his old friend Jack Nicholson, who convinced him to give acting one more shot. What followed was not only an incredible personal transformation but also one of the most radical comebacks in film history. Learning to accept his new role both on camera and in his own life, Caine went on to win his second Oscar, be knighted by the queen, and deliver some of his best performances to date.

Now he shares the spectacular story of his life, from his humble upbringing in London’s poverty-stricken Elephant and Castle, his military service, touching marriage and family life, and lively adventures with friends, to legendary meetings with fellow stars, forays as a restaurateur, and hilarious off-screen encounters from his glittering five-decade career. Caine brings his gift for storytelling and his insider’s view to a tale that is funny, warm, and deeply honest.

The Elephant to Hollywood: This story of a young man who pulled himself up by his bootstraps, braved a hard climb to success in a challenging field, suffered a precipitous fall from grace, and then rose from the ashes of his own self-doubts and depression to do some of his most accomplished work, is one worth hearing for most of us, I think.

If you’re an Audible member, also be sure to get your free download of a live cast performance of Oscar Wilde’s celebrated play, The Importance of Being Earnest, which is being offered as a free bonus for members all through the month of April. If you aren’t a member and would like more information about becoming one, or need help with using Audible content on your Fire, see our Using Audible With Your Kindle Fire page.