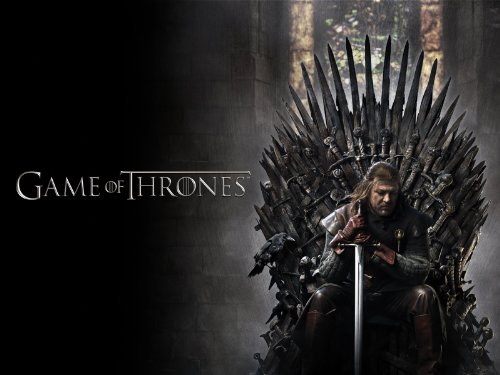 Yesterday, season 1 of the HBO series Game of Thrones was finally released on DVD, Blu-Ray and for digital streaming and download.

HBO’s Game of Thrones comes at an interesting time in geekdom, and its success speaks to the barriers that have been broken. Though fantasy and science fiction have often been popular cinematically, on television it’s been stuck in a Stargate-esque ghetto. But now we’ve got one of the most thoughtful shows currently on air on one of the most prestigious networks that also happens to be about dragons and swordplay. Perhaps the better arbiter of what crosses over to the mainstream and what doesn’t is quality, and Game of Thrones is definitely an engrossing show even for those who’ve never picked up a twenty sided die. Sean Bean, Lena Headey, Mark Addy and Peter Dinklage lead a mostly British cast in a tale about warring families in a fantastical middle age. Our review of Game of Thrones on DVD follows after the jump.

The quick review: The first season – if it has a fault – is that it mostly feels like set up. There’s a lot of great work in there, but if there is a downside, it’s all about getting excited for things that haven’t happened yet.  Where the show works is in how it relays the machinations of power, which at times reminds of The Wire. That’s a good thing.

Read the full review on Collider.com.

Most fans know this epic fantasy series is based on the George R. R. Martin’s A Song of Ice and Fire series of novels. Amazon is currently offering the first four novels in the series in a Kindle edition “boxed set” for $29.99.