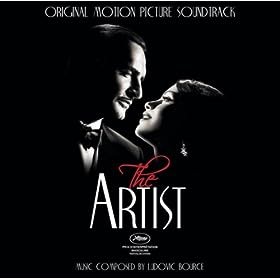 When Ludovic Bource was walking to the stage to collect his Academy Award for Best Original Score, for The Artist, you may not have been paying attention to the voiceover announcement. If so, then you missed the amazing factoid that Bource has no formal training in composing or arrangement, he’s self-taught. And yet, his silent film era -inspired  score for The Artist has won him a slew of awards:

Fans of the sounds of the Jazz Age are sure to enjoy the terrific soundtrack album, which includes many original Bource compositions. Since The Artist is a silent film, the music really had to do a lot of the work usually accomplished through dialog in conveying theme and emotion. This sample, The Artist Ouverture, gives an excellent introduction to the soundtrack: