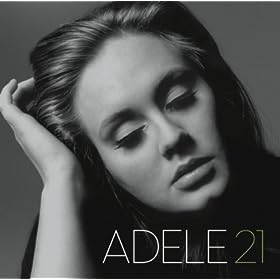 The Kindle Fire’s not just for ebooks, apps and video. You can listen to music and audiobooks on that slick little tablet, too! Last night’s Grammy winners are a great place to start.

As expected, Adele swept all the top categories. Her single Rolling in the Deep won for Best Song and Best Record honors, while her album 21 took Album of the Year.

An even bigger, if less talked-about, sweep went to the Foo Fighters, whose Walk single won both Best Rock Song and Best Rock Performance, White Limo single won for Best Hard Rock/Metal Performance, and album Wasting Light was honored as Rock Album of the Year.

Best R&B Song went to Cee Lo Green’s Fool For You, and Best R&B Album was won by Chris Brown for F.A.M.E. Kanye West’s All of the Lights was honored as Best Rap Song, and his My Beautiful Dark Twisted Fantasy won the Best Rap Album award.

Best Country Song was awarded to Taylor Swift’s Mean, and Best Country Album went to Lady Antebellum’s Own the Night.

You can view a full list of winners on the Grammy.com site, and sample and download all the Grammy winning music on Amazon.

Initiate - The Unfinished Song Book 1: (Young Adult Epic Fantasy)
Dindi yearns to dance. But will her tribe allow it? Dancing is forbidden... ...except for those who pass the secret rites of Initiation. Because dancing creates magic. And magic is dangerous. But not as dangerous as the lithe and lethal Warrior-Dancer who saved her life. He’s the son of the Last Fae. He’s forbidden. He’s an exile. And War and Death radiate from him like the colors in his aura. Will she pass the Initiation? What if the...
Initiate - The Unfinished Song Book 1: (Young Adult Epic Fantasy)
by Tara Maya
is a sponsored collaboration between
BookLending.com and Kindle Nation Daily.
For more information, click here.