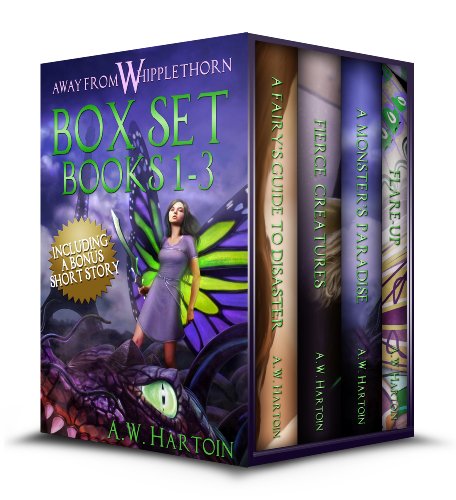 In the Away From Whipplethorn series for tweens and up, tiny, 13 year old fairy Matilda Whipplethorn must juggle both the usual trials of any teenager as well as those specific to the magical community. The box set of books 1-3 is currently (as of 4/24/16) available at a bargain price.

This box set includes the first three books of the Away From Whipplethorn Series and the prequel short, Flare-up.

Matilda Whipplethorn is about to get what she’s always wanted, and it’s a bad thing. Being a babysitter isn’t much of a dream for the average thirteen-year-old, but Matilda is anything but average. She’s half a centimeter tall, invisible to the human eye, and hearing-impaired. Her mother won’t let her forget any of that. So for Matilda, adventures are in short supply. Finally agreeing to let Matilda take some responsibility, her mother gives her a list of emergency procedures for babysitting. The only problem; humans aren’t on the list.

Fierce Creatures
Another day. Another disaster.

After surviving a kidnapping and battling with spriggans, Matilda Whipplethorn finds her life in a suburban human house pretty boring. She’s been excluded from school because of her fire-making abilities and her former friends are afraid of her. Salvation comes in the form of a life-threatening illness. Her tutor, Miss Penrose, needs a medication and there’s only one place to get it, the spriggans. Matilda heads back to the antique mall to save Miss Penrose even though it just might cost her everything.

A Monster’s Paradise
Paris isn’t for lovers. It’s for fighters.

Matilda Whipplethorn thought her mission would be simple. She’d get the cure for Miss Penrose and get out, but nothing is simple in Paris. The fairy revolution is heating up, not cooling down as the Whipplethorns were told. Navigating the city comes with unexpected dangers, blood-thirsty rebels, tyrannical royalists, and monsters of all kinds. The Vermillion clan holds the cure and they’re in hiding. Every time Matilda asks a Parisian fairy about the Vermillion, she becomes their enemy in a city that is now all enemies and no allies. Now time is running out, and Miss Penrose is fading fast. If Matilda doesn’t find the Vermillion, all the trouble will be for nothing.

The fourth book in the series is also highly rated and currently available at a bargain price: 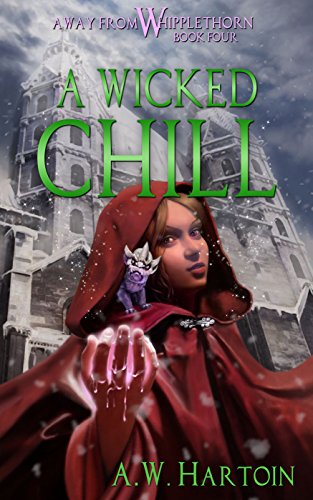 Matilda Whipplethorn is feeling very unlucky. It’s only because she is. Matilda got the family to Vienna, but no farther. Her parents are missing in action, so she’s in charge. Now she’s hiding in plain sight.

Plain sight means being a maid in St. Stephen’s Cathedral, battling tiny trolls, and avoiding a certain valet. She could fall in love with the snowy cobbled streets and a surprising musician, but the revolution in France is making its way into Austria and the Viennese fairies are panicking.

Matilda might change the course of history if only she could use the power she’s been forced to hide.