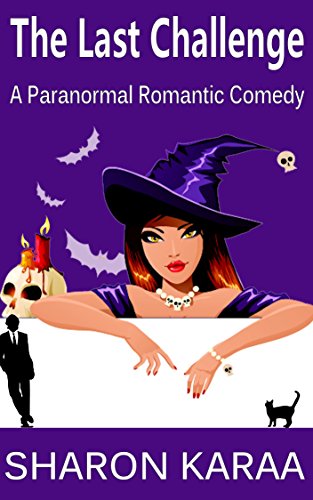 – Learn More
Text-to-Speech and Lending: Enabled
Don’t have a Kindle? Get yours here.
Or check out the Audible.com version of The Last Challenge: A Paranormal Romantic Comedy (Northern Witches Series Book 1)
in its Audible Audio Edition, Unabridged!
Here’s the set-up:

Lauren Rutherford knows is a woman of many failings. She can’t cook, she can’t hold down a serious relationship and she can’t manage her money worth a damn. What she doesn’t know is that she’s the last descendant of a long line of witches. She needs to learn her craft, and fast, because the only thing between her and certain death is Agnes, her long-dead ancestor who has a foul mouth and a passion for G-strings,and Daniel, a sexy as hell male witch who drives her to distraction.

Lauren is the victim of a four hundred year old curse. Her life depends on her surviving a challenge set down by three damned souls, a challenge that will take her to hell and back. Literally. And Satan doesn’t do tea and scones!

Reviews:
“I laughed my butt off!” A. Peterson, New York
” With just the right mix of humor, fun, and sexiness, this book is going to be on my reread shelf for a long time to come!” Anna Snow, Author
“I highly recommend it to anyone that likes paranormal, sexy male witches and a good laugh!” Mindy, Paranormal Tendancies