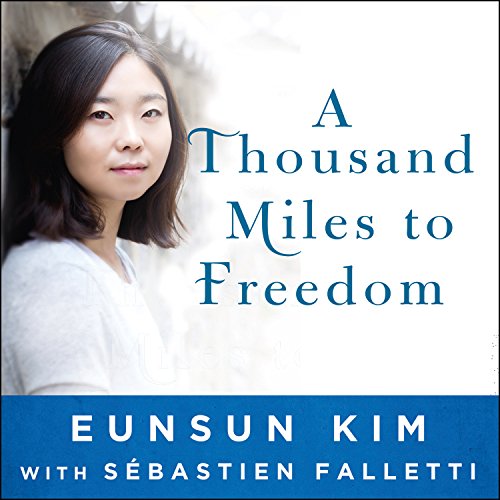 Today’s Audible Daily Deal is the story of how a mother and her two daughters fled North Korea.

Eunsun Kim was born in North Korea, one of the most secretive and oppressive countries in the modern world.

As a child, Eunsun loved her country…despite her school field trips to public executions, daily self-criticism sessions, and the increasing gnaw of hunger as the countrywide famine escalated. By the time she was 11 years old, Eunsun’s father and grandparents had died of starvation, and Eunsun too was in danger of starving.

Finally her mother decided to escape North Korea with Eunsun and her sister, not knowing that they were embarking on a journey that would take them nine long years to complete.

Told with grace and courage, her memoir is a riveting exposé of North Korea’s totalitarian regime and, ultimately, a testament to the strength and resilience of the human spirit.

Click here to get A Thousand Miles to Freedom: My Escape from North Korea