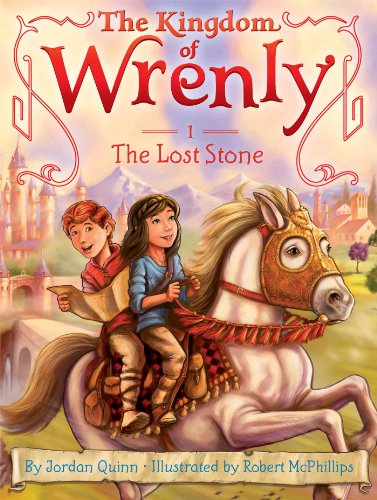 The content and demands of popular fantasy series like Percy Jackson, Harry Potter and The School for Good and Evil are a bit much for newly-independent readers, but those little ones can still find plenty of excitement and adventure in the age and reading-level appropriate Kingdom of Wrenly Series. With easy-to-read language and illustrations on almost every page, The Kingdom of Wrenly chapter books are perfect for beginning readers.

Welcome to the Kingdom of Wrenly—a new chapter book series full of fantasy and adventure.

Meet Lucas, the eight year-old prince, and Clara, the daughter of the queen’s seamstress. Lucas is an only child who longs to make friends and go on adventures. Clara knows the kingdom well, so she and Lucas team up and explore the lands of Wrenly!

In The Lost Stone, Lucas and Clara search for Queen Tasha’s missing emerald. On their exciting adventure, they travel to all the main attractions of Wrenly: Primlox (the island of fairies), Burth (the island of trolls), Crestwood (the island of dragons), Hobsgrove (the island of wizards), and the beautiful Mermaid’s Cove. King Caleb has promised to reward the person who finds the precious stone, and Lucas and Clara are determined to search the entire kingdom until they find it! 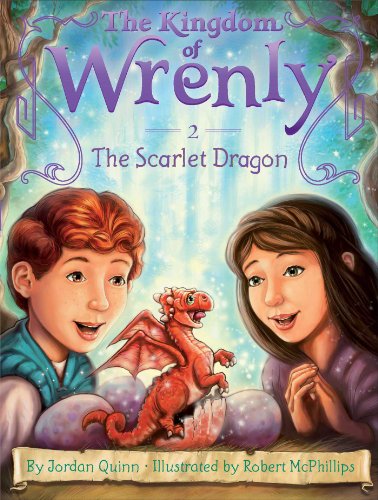 In this second Kingdom of Wrenly chapter book, Lucas and Clara search for special berries that will cure the scarlet dragon.

In this second book in The Kingdom of Wrenly series, an unusual egg has been found on Crestwood, the land of dragons. When the egg starts to hatch, the king, queen, and Prince Lucas are there to see what emerges. It’s…a scarlet dragon! Everyone is amazed to see the creature, which they have only heard about in tall tales.

King Caleb declares that the special dragon will belong to an overjoyed Prince Lucas, who vows to keep his dragon safe. But when the scarlet dragon gets sick, the only cure is a potion made with vixberries that grow deep in the forest of Burth (the land of trolls). Lucas and Clara set out to find these special berries, but the task is harder than they expected. Will they be able to find the berries and save the scarlet dragon? 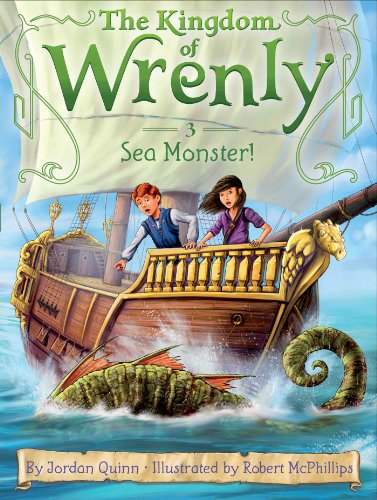 Troubled waters ahead! Lucas and Clara search for a scary sea monster in this third chapter book in the fantastical Kingdom of Wrenly series.

Something has been making waves around Wrenly, and it’s not the tides. Prince Lucas is sure that it’s the mysterious sea monster that has only been heard of in tall tales. Now the legendary monster is frightening everyone—from fishermen, to the king’s men, to even the hardiest of sea captains. With the aid of his best friend, Clara, and a cast of unlikely helpers, it’s up to Prince Lucas to discover what is bothering the beast—and make the trouble stop! 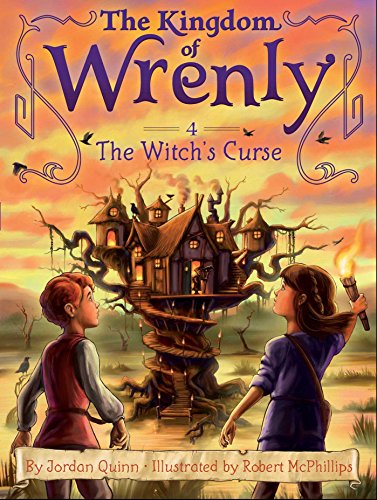 It’s up to Lucas and Clara to reverse a curse on the kingdom in this fourth chapter book in the fantastical Kingdom of Wrenly series.

Someone has cursed the Kingdom of Wrenly, making it rain nonstop for six whole days!

The fields are in danger of flooding, which will ruin all the crops. Can Lucas and Clara figure out who’s behind the evil spell and stop the villain before it’s too late?

Click here to browse the full Kingdom of Wrenly Series.

Tech Tip of the Week: A New Kind of Fake App Review