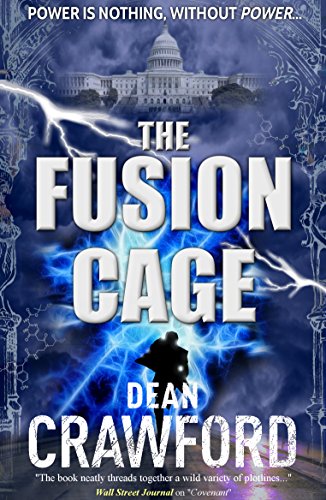 Kindle Price: 99 cents
Or FREE with

Deep in the mountain wilderness of Missouri, a lone hiker in the forests witnesses a brilliant pulse of light that temporarily blinds her as she returns to her remote hometown of Clearwater. Upon recovering her vision the following morning, she is shocked to find that every single one of the town’s three hundred inhabitants have vanished. Worse, Clearwater looks as though nobody has set foot in it for more than half a century…

The Defense Intelligence Agency, struggling to root out the identities of the members of “Majestic Twelve”, a powerful cabal suspected of discreetly directing world affairs for profit, dispatches Ethan Warner and Nicola Lopez to Clearwater in an effort to discover what happened to the population and why the news media hasn’t covered the remarkable vanishing.

They find a town deserted for decades and yet evidence of recent habitation is concealed beneath the grime and filth of ages. Stumbling upon the lone survivor, suddenly they are plunged into a conspiracy that could change the world forever. From the forests of Missouri, to the scorching deserts of Saudi Arabia and the high-tech laboratories of a massive nuclear facility in France, they face a whirlwind of corporate espionage while being pursued by hitmen charged with ensuring nobody ever learns of mass disappearances that have occurred in remote towns around the world for decades…

The Fusion Cage is the second volume of the Warner & Lopez series from internationally best-selling author Dean Crawford.

“The action is frenetic, in the vein of Matthew Reilly’s Scarecrow series. Crawford is an able storyteller who smoothly orchestrates the plot’s twists and turns… ” – Kirkus Reviews