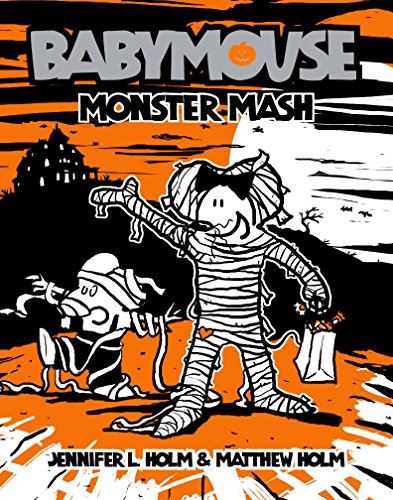 Kids aged 7 and up who are ready to take that next step to illustrated chapter books are the target audience for the very popular Babymouse series.

Will Felicia Furrypaws come to the party? And is that really the creature from the black lagoon living in Babymouse’s locker?

Find out in the most exciting Babymouse graphic novel yet, Monster Mash! 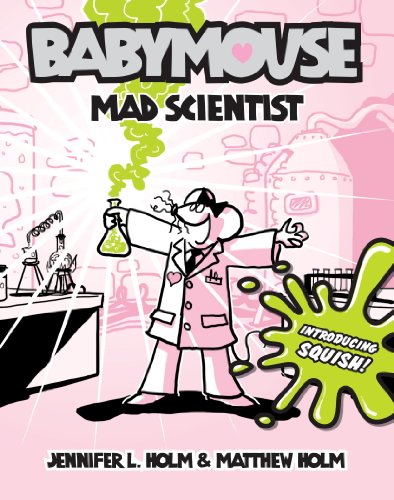 The greatest scientific discovery of the 21st century is about to be revealed . . . when Babymouse enters the school science fair!

Will it become a successful spin off series? Find out in Babymouse: Mad Scientist!

Mad Scientist is the 14th graphic novel in the award-winning series and the Babymouse that begins the amazing adventures of SQUISH: SUPER AMOEBA! 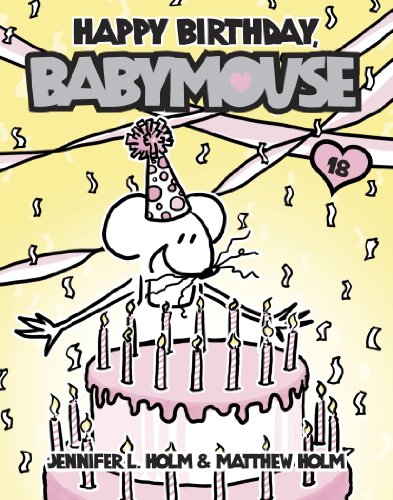 NEW YORK TIMES bestselling and Newbery Honor winning author Jennifer Holm teams up with Matthew Holm to bring you a fully illustrated graphic novel series packed with humor and kid appeal-BABYMOUSE! With multiple Children’s Choice awards and over 1.7 million books in print, kids, parents, and teachers agree that Babymouse is perfect for fans of Junie B. Jones, Ivy and Bean, Big Nate, Dork Diaries, and the Ramona chapter books!

You are cordially invited to the birthday event of the year! Babymouse is having a birthday and she wants it to be BIG! Mount Everest BIG. Eiffel Tower BIG. Tyrannosaurus rex BIG. (Okay, maybe inviting a T. rex isn’t such a good idea).

Will all of Babymouse’s birthday dreams come true? Will she have a five-hundred-tier cupcake? Find out in Happy Birthday, Babymouse-the 18th hilarious, action-packed installment of the beloved Babymouse graphic novel series!

Here’s what people are saying about Babymouse! The Chicago Sun-Times: “Move over, Superman, here comes Babymouse!” Starred Review, The Horn Book: “Nobody puts Babymouse in the corner!” Booklist: “Cute, smart, sassy Babymouse is fun and funny, and this book, like its predecessors, will draw reluctant readers as well as Babymouse fans.” The Bulletin: “An almost absurdly likeable heroine.” 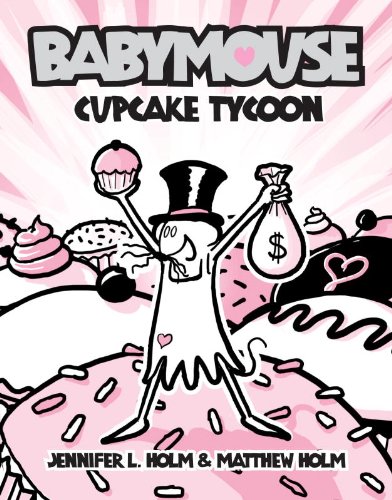 The word is out. Kids love Babymouse—star of the popular, award-winning, hilarious, PINK graphic-novel series showcasing the trials and tribulations of elementary school. The sassy mouse with attitude to spare has charmed her way into the hearts of kids, parents, and teachers everywhere! The series has won multiple Children’s Choice awards, and one title was the first graphic novel EVER to be named an ALA Notable Children’s Book.

It’s champagne wishes and cupcake dreams for Babymouse in Cupcake Tycoon. The school library is having a fund-raiser, and Babymouse is determined to raise the most money and WIN the GRAND PRIZE!

Or . . . er, to help the school! The competition is fierce, but Babymouse will stop at nothing to get what she wants, even if it means outselling every last kid in school . . . including her nefarious nemesis, Felicia Furrypaws.

The claws are out and the race is on in this absolutely PRICELESS Babymouse!