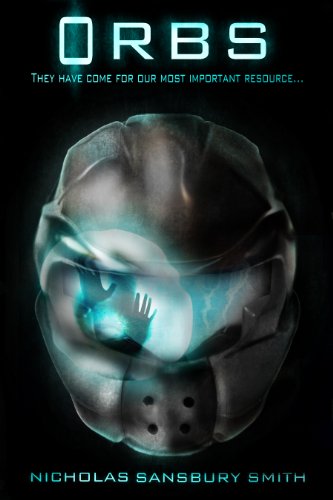 They have come for our most important resource…THE year is 2061, and the planet is dying. Cataclysmic solar storms force leaders from around the world to finally put aside their differences and agree on one thing–to jump ship. The human race is headed to Mars.When Dr. Sophie Winston is hired by New Tech Corporation to test a Biosphere deep within the heart of Cheyenne Mountain, she believes it’s part of the mission to save the world. Their results will help prepare NTC for the three-year flight to the red planet. A flight Dr. Winston has been promised a seat on.

Just days into their six-month assignment, things start to go wrong. When the blast doors hiss open, Winton’s team finds a vastly changed world outside. Humans are gone, vanished without a trace, but they aren’t the only thing missing. The planet’s water appears gone, too.

As the team journeys deeper into Colorado Springs, they find thousands of luminous blue orbs lining the streets. It isn’t until they accidentally uncover what’s inside that they realize the nightmare that has been unleashed.


5***** “ORBS is a fast moving captivating Sc-Fi thriller. The science of the book has obviously been well researched and this adds to the enjoyment of the read. This book makes the Green House effect look like a storm in a tea cup.”
Michael Flanagan, The Lazy Book Reviewer Blog