Book of the Year 2012 nominee at ForeWord Reviews 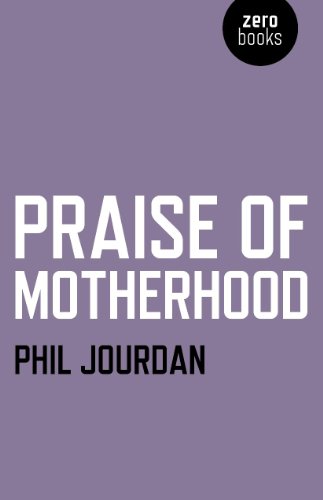 4.7 stars – 36 Reviews
Kindle Price: $2.99
Text-to-Speech: Enabled
Don’t have a Kindle? Get yours here.
Here’s the set-up:
When Phil Jourdan’s mother died suddenly in 2009, she left behind a legacy of kindness and charity — but she also left unanswered some troubling questions. Was she, as she once claimed, a spy? Had she suffered more profoundly as a woman and parent than she’d let on? Jourdan’s recollections of his struggles with psychosis, and his reconstructions of conversations with his enigmatic mother, form the core of this memoir. Psychoanalysis, poetry and confession all merge to tell the story of an ordinary woman whose death turned her into a symbol for extraordinary motherhood.
Reviews

“Jourdan’s soul-baring is an emotional inspiration. The author’s feelings come across beautifully, and his story is both surprisingly candid and sad. Very relatable and raw, intellectual and heartfelt, but certainly not an easy read for anyone who has suffered a recent loss.” — Clarion Review, 5/5

“Early on in the book, Jourdan writes, ‘Everyone, even in his profoundest hatred, loves his mother’. So whatever his stated reasons for writing Praise of Motherhood, the end result still feels like an incredible act of generosity on his part, affording the reader the privilege of briefly encountering Sofia, this woman who ‘was Love manifest’.” — The Cadaverine

Phil Jourdan is an author and musician from Portugal living in the UK.In 2007 he formed the lit-rock band, Paris and the Hiltons. Their music merges many styles, from rock to jazz to electronic to classical, and often takes as its inspiration various modernist literary figures.His memoir, Praise of Motherhood, revolves around the hardships his late mother endured in trying to cope with her aggressive adolescent son.