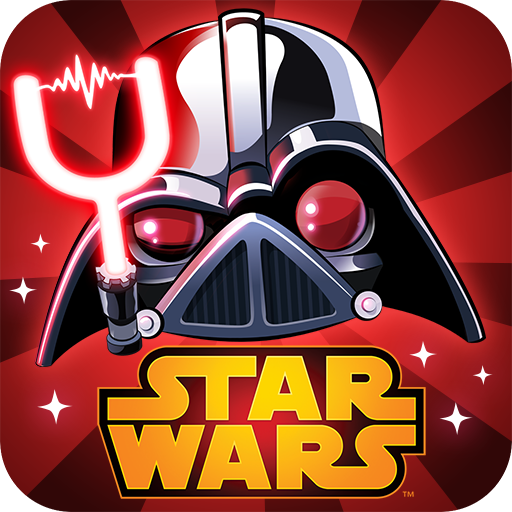 Kids who’ve played and loved Angry Birds, Angry Birds Seasons, or Angry Birds Star Wars will want to hear about this brand-new addition to the series: Angry Birds Star Wars II! In this app, for the first time ever it’s possible to play as the pigs, on the “Pork Side”! Kids who love Skylanders videogames will also want to give this app a try, because for the first time ever it introduces a new “Telepods” feature, allowing players to “teleport” action figure characters into the game and play as those characters. From Amazon:

The Force is strong with this one. Get ready for Angry Birds Star Wars II – the epic follow-up to the #1 smash hit game! Based on the Star Wars movie prequels, use the Force for good against the greedy Pork Federation or choose a much darker path. That’s right; for the first time ever you can “Join the Pork Side” and play as the fearsome Darth Maul, Emperor Palpatine and many other favorites!

JOIN THE PORK SIDE! For the first time ever play as the pigs! Wield Darth Maul’s double-bladed Lightsaber, or play as Darth Vader, General Grievous and other villains!

TELEPODS! A groundbreaking new way to play! Now teleport your favorite characters into the game by placing your Angry Birds Star Wars Telepods* figures on your device’s camera! [This feature is demonstrated in the video below]

BECOME A JEDI OR SITH MASTER! So many Bird and Pork Side levels to master, plus a bonus reward chapter and a ton of achievements to unlock!

SWAP CHARACTERS AS YOU PLAY! Switch characters in the slingshot at any time – yours to earn or purchase!

Note that use of the Telepods action figures is optional, the app can be played on its own. Players who’d like to give this new feature a try can choose from several Telepods Angry Birds Star Wars individual and starter sets, such as: 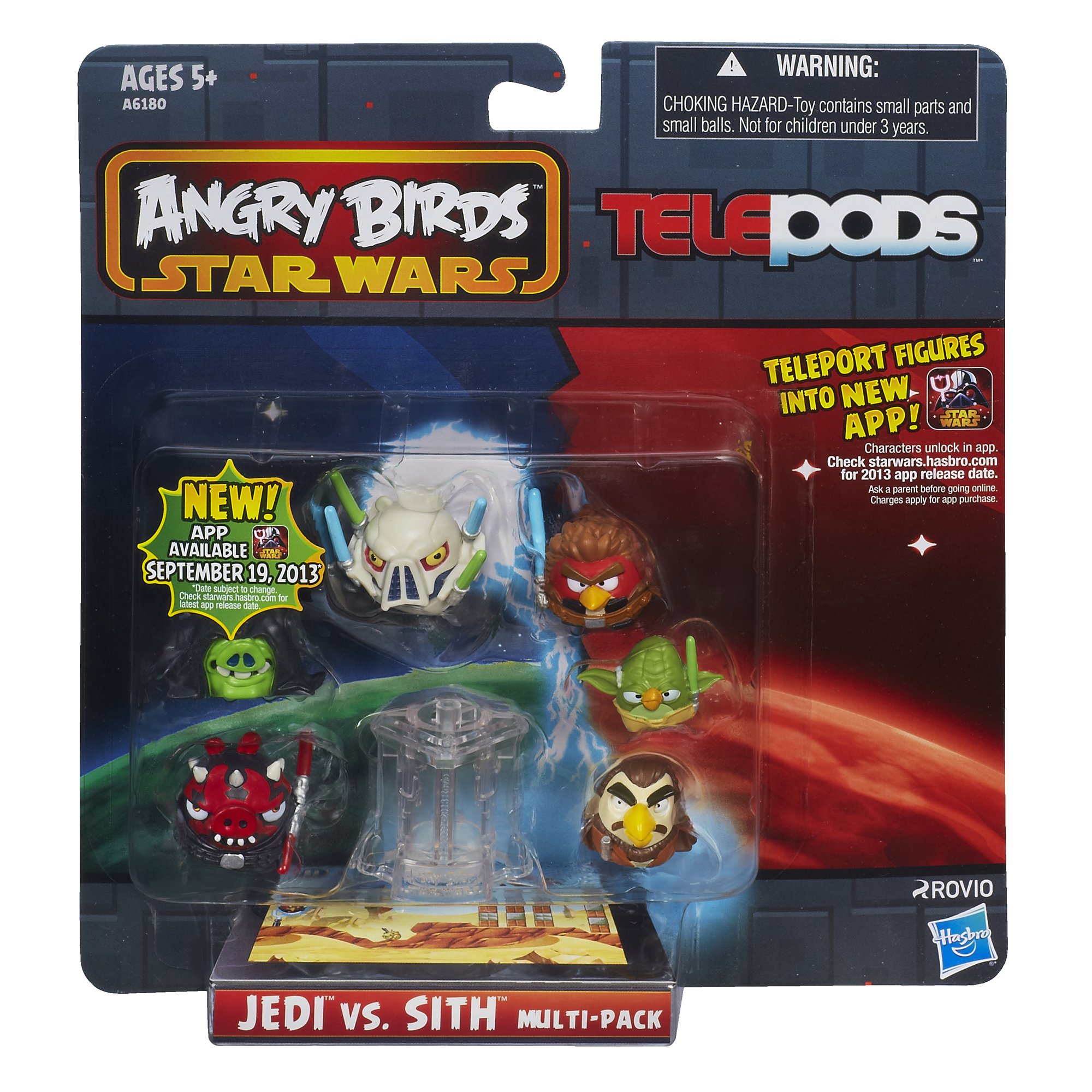 • Qui-Gon Jinn Bird figure is exclusive to this set 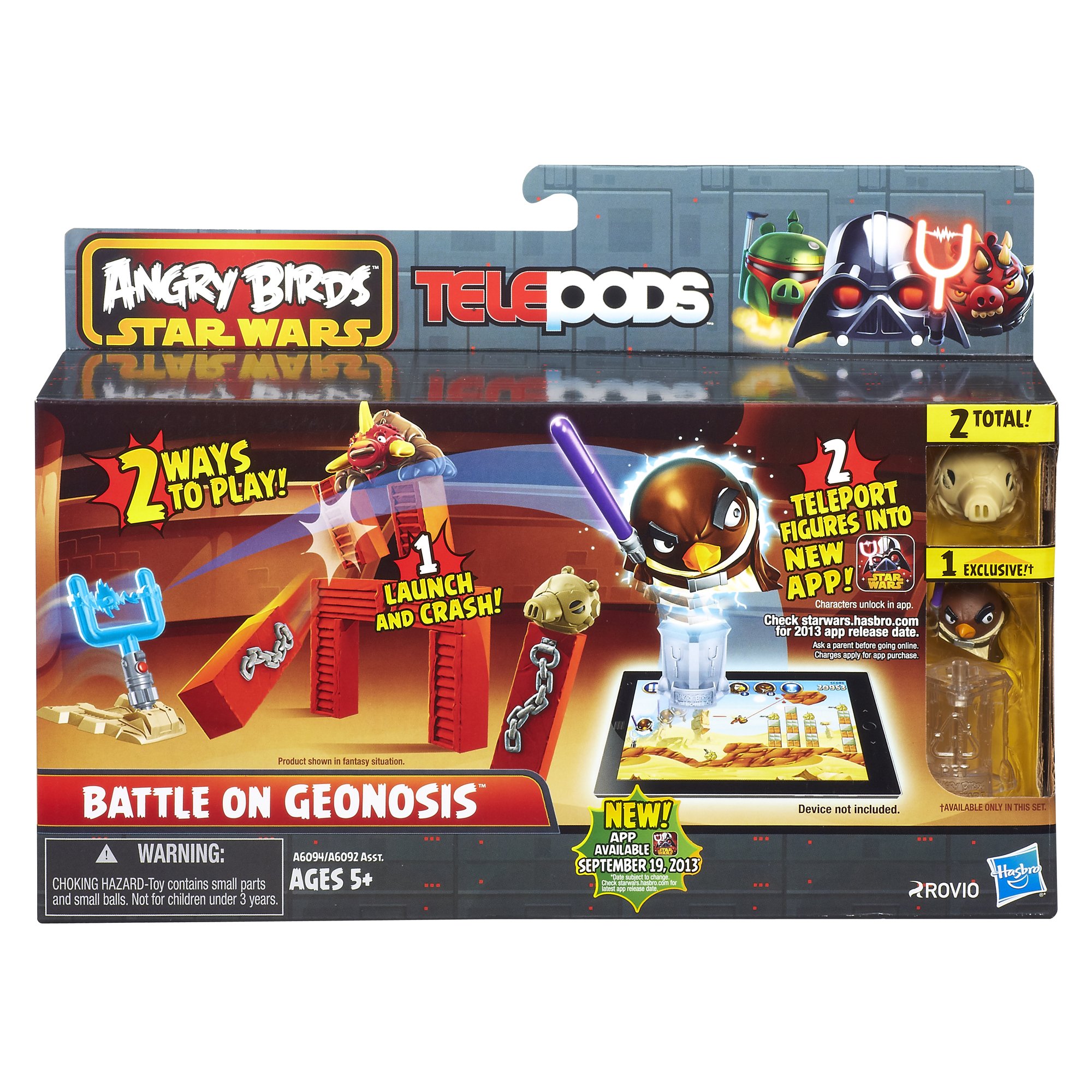 • Launch your Mace Windu Bird figure with the launcher

• Battle on Geonosis set includes everything you need to stack, launch and destroy 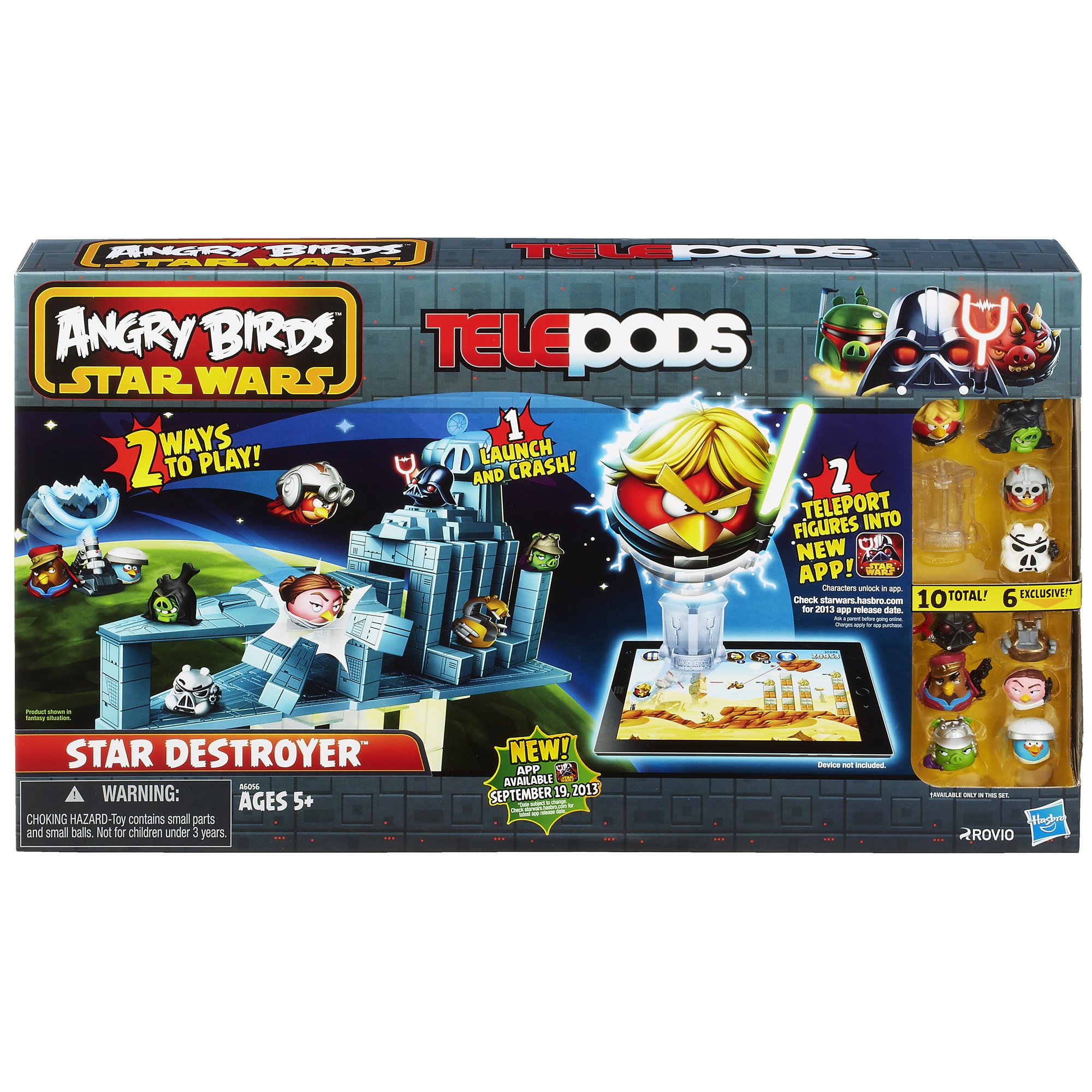 For those who want a larger starter set, there’s the Angry Birds Star Wars Telepods Star Destroyer Set (no reviews yet, currently priced at $57.36), which includes TEN action figures, a Telepods “teleport” platform, as well as blocks and a light saber launcher for real-world play.

• Set your 5 Pig figures on top of the blocks

• Launch 3 Bird figures at once with the Light saber launcher